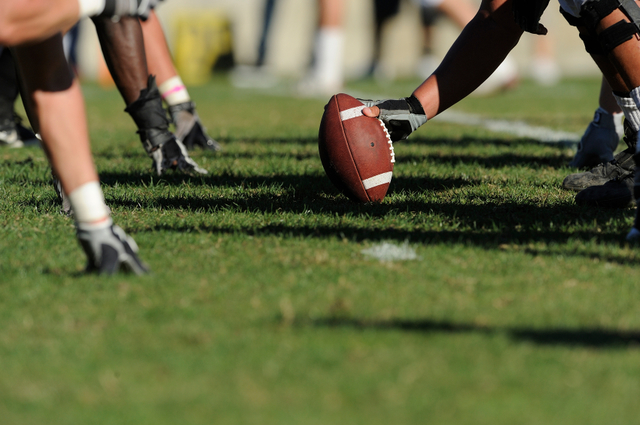 3 Lessons from LDS Athletes: How to Find Courage to Fight for Your Faith​

In these latter days, the Lord has issued a special call for “warriors” who are willing to fight for their faith no matter what. Elder Holland stated in the General Priesthood Session of the October 2011 Semi-Annual General Conference:

“We are at war . . . In this battle between good and evil, you cannot play for the adversary whenever temptation comes along and then expect to suit up for the Savior at temple and mission time as if nothing has happened.”

The call for those who are constant and willing to fight against sin is becoming more urgent. But one look into the eyes of teenagers today calms any doubts and shows their tremendous potential. As a seminary teacher, I have the marvelous privilege of witnessing this look in the eyes of so many faithful latter-day youth. However, I also see an equally-powerful look in the eyes of those who have lost their way. Both have tremendous potential for greatness.

In an effort to reach youth like these, I remember witnessing the awe-inspiring strength of some of my former teammates from the BYU football team. Some of them had the same limitless potential I notice in youth today, and they used it for good. They and their wives are powerful examples of “physical warriors” who have become “spiritual warriors” with strong testimonies of Christ. There is much we can learn from their examples and insights as we strive to find our courage to fight for our faith. They share what has made them strong below:

Former BYU Cougar and now NFL-standout Bryan Kehl asks the question that every youth must ask his or herself before stepping into warrior-like strength:

“The whole question of life is, ‘What is real?’ Is the gospel real? Is God real? Is it just a made-up myth, or is it real? We all need to decide if there is a God. There are only two answers: He exists or He does not. There’s no in-between.

“If the answer is yes, if you believe there is a God, the next questions are, ‘What does He expect of me? Is He a God who doesn’t care what I do? Is He a God who wants me to ‘eat, drink and be merry’ [2 Nephi 28:7], or is He a God who expects something?’

“You have to make that decision.

“If there is a God, if the Bible and the Book of Mormon are true, if the teachings of Jesus Christ are true, then whether you live the gospel alters your existence for eternity. If that’s the case, it’s important that you go to church, get baptized and receive the Holy Ghost, advance in the priesthood, keep your covenants, and get endowed in the temple. Most of all, it’s important that you get married in the temple. It’s not only important—it’s life-threatening. Eternal life-threatening.

“If there is no God, or if He doesn’t care what you do, then go ahead: eat, drink, and be merry; live a riotous life; do whatever you want. . .

“You have to decide. With the gospel, it’s all-in; it’s not ‘I’m a Mormon on Sundays, and after that I’m just chilling.’ No, you need to make a decision, and once you make a choice, live up to your choice. We’ve been taught the standards of the Church since we were CTRs and Sunbeams, so we know what to do. If it is true, if it is real, then all this does matter, and you need to follow it. That’s really what it comes down to.”

Matt Allen: One Small Decision Can Change Your Life.

Matt Allen, star wide receiver and team captain for the Cougars, adds his personal experience to show the type of choices that we will still have to make after we decide what is real:

“Out of high school, I was being recruited heavily by a particular university (before BYU). I went there on a recruiting trip, and they offered me a scholarship. I was excited; they knew how to appeal to me as a receiver. . .

“On recruiting trips, the current players for the university take you out and show you a good time. The first night they took us out, I think we ended up going to some sort of a pizza place where there were some drinks served. I declined, and they were cool with it. They knew I was a member of the Church. . .

“The next night, they took us out, and we ate. Then we started heading somewhere else. ‘Where are we going?’ I asked. ‘Oh, we’re going to a strip club.’ I said, ‘I don’t think we should go there.’ They all said things like, ‘Oh, come on. It’ll be fine.’

‘I’m only seventeen. They won’t let me in.’ I tried to pull that card. They responded, ‘It’s fine. We know some people who’ll let you in.’

“We pulled up to the place, and something inside me said, ‘You have to make a decision and make it now. Otherwise, it’s going to be too late.’ I said, ‘You know, I’m sorry to spoil the party; can you take me back to the hotel?’ The guy driving didn’t hesitate—he was kind about it and took me home. . .

“I don’t think their football program was bad. I just think that at that moment, I had to make the right decision, and from that point on it’s been a lot easier to make decisions like that one. That was a crossroad in my life. Had I not made that decision, it might have affected me forever. It was hard because it was just me . . . I had to make a stand for myself. But it got easier once I had made up my mind.”

These two valiant souls demonstrate the essence of what it means to be a “latter-day warrior.” Still, many teens who perhaps haven’t been previously as valiant as Bryan and Matt now desire to return to the “warrior-hood” they once possessed. Markell Staffieri, an outstanding linebacker, speaks from previous personal experience to teens who desire to turn away from less-than-valiant choices in their past:

“A big challenge came when I went on my mission. I was called to Brazil. I was excited; my expectations were high. Both my brothers had served missions, so I wanted to honor my family and be an awesome missionary. In terms of worthiness, at first I felt like I was just okay. I knew I hadn’t been a perfect kid, but I still felt like I was worthy enough to be on a mission. I went through the MTC, and then was in my area for a month, but my spirit just didn’t feel right. I felt like maybe there were things I needed to take care of.

“I called my mission president and said, ‘Hey, I need to talk to you; can you come to my area?’ We talked, and the decision was made that I needed to return home to take care of things.

“Confessing is hard. It took a lot for me. When I got home, I had to sit down with my stake president. He released me as a missionary and interviewed me. It was humiliating and humbling to sit there and say, ‘Maybe I lied to you. And I’m sorry.’ I think that’s one of the reasons people don’t confess.

“In our last ward, I was a Young Men president, and I always encouraged the young men to confess if they needed it. I told them, ‘Look, the bishop’s here to help you. When you don’t want to talk to anyone else, please let him help you. He won’t hold onto the things you say.’

“And in my life, so many blessings came from one confession. One immediate blessing was the burden that was lifted. I felt free from my sins. Satan no longer had control—nothing to hang over my head. Though coming home was tough, I felt relieved to have a clear conscience.

“I got a new mission call to Columbia, South Carolina. I jumped into that mission, gung-ho. This was where I became so grateful I had confessed and become clean. Because I was now ready and worthy, I began to realize how much the Lord truly loved me. I could feel the Spirit back in my life, and the power of the Atonement bolstered me to make better decisions. This time, I was worthy to finish. The amount of growth that took place in my life in those two years couldn’t have been done in any other setting. The experiences I had with the people I met and taught on my mission were irreplaceable. The relationships I formed in South Carolina would have never taken place had I not gotten my spiritual life back on track.

Returning from an honorable, full-time mission, Markell became a team captain for the Cougars. More important to him, however, was his marriage to Anna Beck, whom he met while at BYU. They are now the parents of three beautiful children.

“That’s another reason why I’m so happy I finished my mission right”, Markell said. “I look at where I am now as a husband and a father. I’m sealed to my family in the temple. I’m worthy to bless my wife and children when they need a priesthood blessing. None of this would be possible if I had stayed on the course I was originally on.” 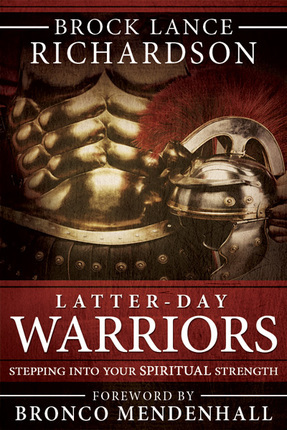 To read more about Markell, Matt, Bryan, and seven other latter-day warriors, get your copy of Latter-day Warriors, available at Deseret Book and for order on deseretbook.com.