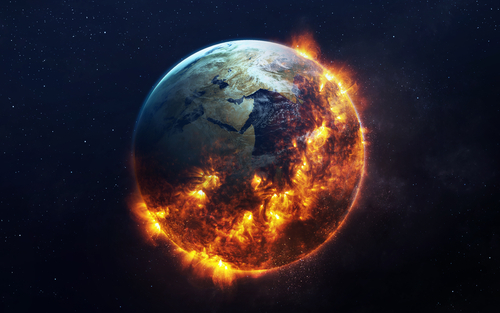 One of our favorite places to go for family vacation is called Craters of the Moon in Idaho. It’s a weird place that’s covered with miles and miles of black lava rocks and dormant volcanoes. It looks much like the surface of the moon, except that there’s no vegetation on the moon. Craters, at least, has a few trees and some sagebrush. Nearby, there’s a place called Hell’s Half Acre. The name says it all. It’s similar to Craters of the Moon, but it’s more burned looking.

Whenever I have an opportunity to look across the area’s bleak nothingness, I imagine what the earth will look like after Jesus comes. I wonder if it will end up being a barren world of black nothingness, with mist rising from the depths of the cracks in the rocks. Sounds pretty unpleasant, but what’s really going to happen to the earth? Well, there are actually three major things that will happen when Christ comes.

►You'll also like: 5 Things You Should Know About the Second Coming

1. The Earth will be burned.

First, the scriptures tell us the earth will be burned to a crisp when he comes again (Jacob 6:3). Christ himself will burn the earth. Christ is a celestial being. We often compare the glory of celestial beings to the sun. It’s hot already in the middle of July, but imagine if the sun got any closer to the earth. It wouldn’t be long before the earth would be in flames.

Christ has that kind of glory (D&C 76:70). His presence will be so radiant that the earth’s inhabitants will be “consumed away and utterly destroyed by the brightness of [his] coming” (D&C 5:19; McConkie, Doctrinal New Testament Commentary, 3:368–69).

2. The continents will be returned to their original positions.

Another thing that will happen to the earth is that all the land masses will come together into one. When Christ stands on the Mount of Olives, there will be an earthquake the likes of which the world has never known. The oceans will gather into one place, and the land will become one. It’ll be cool! You’ll be able to drive to Japan, England, or Hawaii. All countries and continents will come together and be united in preparation for the Lord to be their king.

Joseph Fielding Smith said, “By looking at a wall map of the world, you will discover how the land surface along the northern and southern coast of the American Hemisphere and Europe and Africa has the appearance of having been together at one time. Of course, there have been many changes on the earth’s surface since the beginning. We are informed by revelation that the time will come when this condition will be changed and that the land surface of the earth will come back again as it was in the beginning and all be in one place” (Answers to Gospel Questions, 5:73–74).

3. Earth will receive its paradisiacal glory.

But what good is having the land masses come together if they’re nothing but a massive charred chunk of land that looks like Craters of the Moon or Hell’s Half Acre? Doesn’t seem very pleasant, does it? Thankfully, we have Church doctrine to help us understand the third thing that will happen when Christ comes. The tenth article of faith says the earth will be renewed and receive its paradisiacal glory. The word paradisiacal contains the word paradise. That sounds a lot better than Hell’s Half Acre!

“This earth was created in a new or paradisiacal state; then, incident to Adam’s transgression, it fell to its present telestial state,” Elder Bruce R. McConkie wrote. “At the Second Coming of our Lord, it will be renewed, regenerated, refreshed, transfigured, become again a new earth, a paradisiacal earth. Its millennial status will be a return to its pristine state of beauty and glory, the state that existed before the fall” (Mormon Doctrine, 796; emphasis added).

Can you imagine living in a place like the Garden of Eden? I can hardly wait to experience that new world when Christ comes. That’s something to look forward to and be excited about. But there’s more. The deserts and dry places of the earth will be changed into beautiful gardens. Pools of water will give life to the land. “And in the barren deserts there shall come forth pools of living water; and the parched ground shall no longer be a thirsty land” (D&C 133:29).

It’s even possible that the axis of the earth will be altered so that the change in seasons ceases, enabling us to grow fruits and vegetables year-round (McConkie, A New Witness for the Articles of Faith, 649–50). It will be a new world for us to live in—a place of peace and safety, a place where God can bless his righteous children.

So get rid of any ideas about some nasty looking piece of charcoal for an earth. We have so much to look forward to if we are righteous. God’s greatest blessings are being saved for the faithful, one of them being an incredible new world. 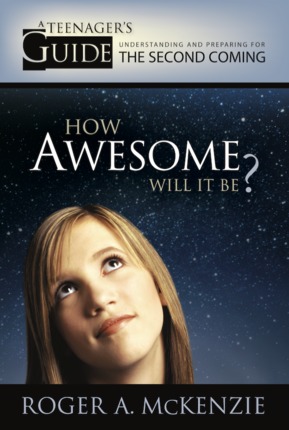 Get more interesting insights in Roger A. McKenzie's book, How Awesome Will It Be?: A Teenager's Guide to Understanding and Preparing for the Second Coming, available at Deseret Book stores and deseretbook.com.

What are the signs of the last days? How can I prepare for the Second Coming? What will happen when the Savior returns? Am I ready? Author Roger A. McKenzie answers these and many other questions about the Second Coming in this engaging book for Latter-day Saint youth. Drawing on the scriptures, insights from modern prophets and apostles, and his unique way of connecting with teenagers, the author helps young people understand the events of the times in which we are living.