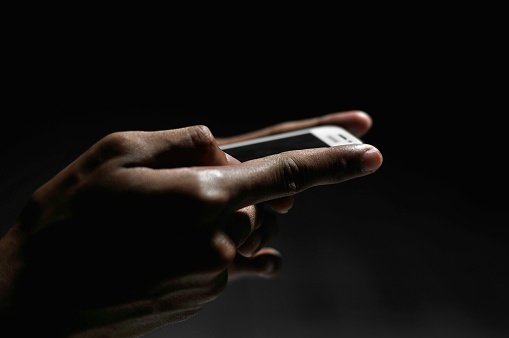 When Tony Overbay switched from a career in the tech industry and began taking night classes to become a licensed marriage and family therapist, he did so because he felt the call to help men.

But when Overbay told his professors about the driving force behind this major life-change, Overbay says they would chuckle.

"I found out later that, for the most part, guys don't come to counseling," Overbay says. "So here am I with all this, 'I can't wait for all the guys to come in!' And no one ever came in."

But when Overbay began working for the Church, he found a lot of men were seeking therapy for the same reason: pornography addiction.

In a Leading Saints podcast, Overbay talked about how his 13 to 14 years of experience as a licensed marriage and family therapist has helped him identify some fallacies in how people view pornography addiction and what Latter-day Saints can do to help those trying to heal from their addiction. While these fallacies may not apply to every instance of pornography use, they can give valuable insights into helping others who struggle with addiction.

Myth 1: Viewing pornography is triggered by something you see.

A trigger, a thought, an action—this is a pattern Overbay has observed when he treats clients with pornography addiction.

While most may assume the number one trigger is seeing some form of pornography or suggestive material, that is not what Overbay has seen.

"A lot of people think that in the pornography world, that it's going to be, 'Oh, they see some beautiful woman,' or that sort of thing. But one of the most common triggers is what I call 'crimes of opportunity,'" he says on the podcast.

These crimes of opportunity arise when a man or woman has the opportunity to view pornography and then the thought comes to act on it. In the podcast, Overbay gives the example of a man dropping his kids off to school and finding himself alone for a period of time, which can lead to the thought and action portion of Overbay's pattern.

"Over time, you're kind of teaching people how to change the relationship with their thoughts because they're not always going to be able to run out of the room or that sort of thing when there's a trigger and then there's a thought," he says.

While teaching behavioral modification to his clients, Overbay notices there are often "core issues" fueling pornography addiction that don't have anything to do with lust.

Instead, he's noticed there's often some kind of void in his clients' lives, something that leads to feelings of inadequacy of disconnect from their job, their family, and sometimes their faith communities.

"Any of those things cause this discomfort, and then when this discomfort comes, the brains says, 'Hey, we've got this.' Whatever the addiction is—whether it's food or whether it's gambling or whether it's video games, but pornography happens to be one that the brain goes to a lot, typically because of maybe a pattern of behavior that has been started in youth," he says.

"I'm am just so big on it's difficult for the person to come in already. And so our main goal would be just letting them feel love and not shame," he says. "Because everything about this addiction is shame-based. . . . And so, that concept of connection in bishops, my advice is to just be so happy and grateful that the person is there."

As Overbay says in the podcast, shame and guilt are not the same thing. And sprinkling "shame glitter" when trying to help an addict can be extremely harmful.

"I think a lot of people do feel like . . . I kind of still need to let them know that this is really serious, and do they realize how bad they're blowing it? And that's still coming from this place of 'I kind of still have to give them a little bit of shame,'" Overbay says. "We have to give people hope. We have to remove that shame."

Using an analogy by Elder Tad Callister, Overbay describes how guilt can operate as a "stop sign," forcing us to consider the consequences of our actions. Shame, on the other hand, can make us believe that our actions make us unredeemable and does nothing productive to help us correct our behaviors. Overbay says that instead of using the negativity of shame, empathy has a more positive and lasting impact.

Sharing a quote from someone he knows, Overbay said, "'Sin or addiction or bad habits are not something that's final or a terrible condemnation of who we are, but rather they are symptoms or results from deep or unmet need in our life that has caused a figurative void within us that we are desperately trying to fill but we don't know how.'" He continues, "'Also we are seperate from our sins and we are better than our worst mistakes; we need to love others and ourselves well enough to not simply try to subtract our sin from our lives but rather focus deeper reason behind why we or some else would sin in the first place and work on something positive to fill that hole sin or addiction has been desperately trying to fill."

Mormon Life Addictions PornographyAddictions,Pornography,Mormon Life
Comments and feedback can be sent to feedback@ldsliving.com