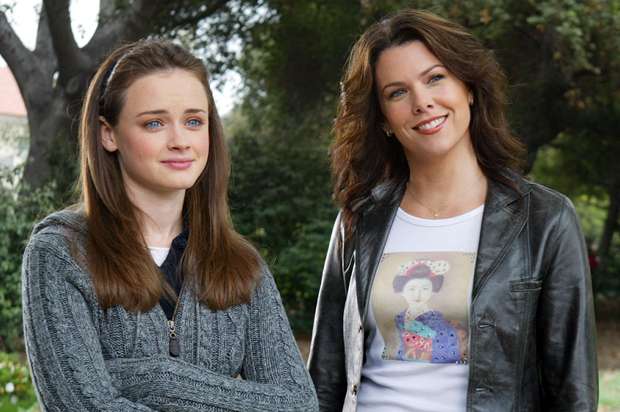 On the popular TV show Gilmore Girls, the two main characters—Lorelai and her daughter, Rory—are best known for their fast talking and vast pop culture knowledge. Watching even one episode will overwhelm you with references to everything and everyone, from Donna Reed to the hit broadway show Hamilton and back again.

However, even with all of their pop culture knowledge, the Gilmore Girls miss the mark a bit when it comes to Mormons. Here are three times Gilmore Girls didn't quite reference Latter-day Saints correctly:

In season 3, episode 7, Lorelai gets in the middle of an argument between her best friend, Sookie, and her husband, Jackson. After Sookie shares her concerns about Jackson's plan for their family, Lorelai encourages her to tell Jackson how she feels.

As they're running circles in the school gym for a 24-hour dance marathon, Jackson confronts Lorelai for her interference in his marriage, saying, "Oh, I'm not mad. I just didn't realize that when I married Sookie, I also married you. I didn't realize I was a Mormon, my mistake."

His reference to having more than one wife, or polygamy, is not a current church practice. I mean, to be fair, Mormons in the early history of the Church did practice polygamy. However, following President Wilford Woodruff's revelation ending polygamy in 1890, The Church of Jesus Christ of Latter-day Saints no longer recognizes polygamy as an acceptable practice.

Even though more than 100 years have passed since then, many people still refer to Mormons as polygamists, partly due to history and partly due to misunderstanding modern LDS culture.

► You'll also like: 8 "Gilmore Girls" GIFs That Mormons Can Totally Relate To

2. You Submit Lots of Paperwork to Become a Member

In season 4, episode 10, Sookie and Jackson have just hired a babysitter for their newborn, Tobin. Previously, a night manager at the inn Sookie and Lorelai worked for, Tobin, explains his absence from Stars Hollow.

"I moved to Utah because I heard there were a lot of job opportunities for industrious Mormons," he said. Lorelai, seeming surprised, replying with, "I didn't know you were a Mormon."

"I wasn't so I became one," Tobin replied. "The paperwork took weeks. And I didn't know about the alcohol thing."

"No coffee, either," Toby said. While he thought "the choir was fabulous," he mentioned that his membership "didn't last."

While Tobin is right about the fabulous choir and the Word of Wisdom, a few of his other comments reveal that he and the writers of Gilmore Girls may not be quite as familiar with the Church as it sounds.

For example, new members are not required to fill out paperwork for "weeks." There is no online application to become a Mormon, nor is there a lengthy document submission process. If someone is interested in being baptized and becoming a member, they meet with the missionaries, attend church, read the Book of Mormon, and learn and live the gospel of Jesus Christ.

Missionaries do fill out a baptismal record and new members receive a confirmation certificate, but if you ask any recent convert, chances are they will describe the conversion process as more of a spiritual journey than a battle through paperwork.

3. Missionaries Go on Splits with Rabbis

In season 6, episode 10, Lorelai tells Rory about the time her strong-willed parents tried to course-correct her, saying, "[They] triple-teamed me with a priest, a rabbi, and a Mormon missionary."

While that sounds like quite the meeting, the singular Mormon missionary doesn't sound quite right to anyone familiar with LDS missionaries.

However, even though Gilmore Girls got some things about Mormons wrong, they're definitely not alone in misrepresenting Mormons in mainstream media—and with their love of books, TV, and films, it's nothing a watch party of Meet the Mormons couldn't fix.

Lead image retrieved from salon.com (credited to The WB). 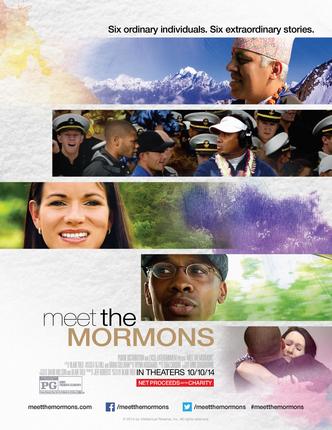 Meet the Mormons, available at Deseret Book stores and deseretbook.com, examines the very diverse lives of six devout members of The Church of Jesus Christ of Latter-day Saints. Filmed on location and across the globe, Meet the Mormons takes viewers on a journey into the day-to-day realities of individuals living in the United States, Costa Rica, Nepal, and beyond. From their individual passions to their daily struggles, each story paints a picture as rich and unique as the next while challenging the stereotypes that surround the Mormon faith.