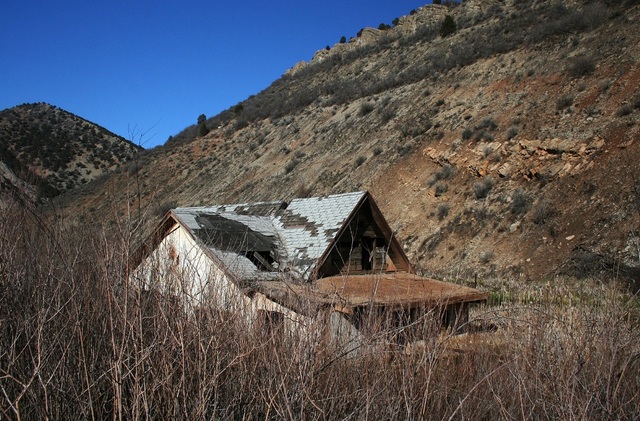 Mormon Island was never an island. Once upon a time, it was a 300-foot sand bar found at a fork of the American River.

But, when recently discharged members of the Mormon Battalion discovered gold along the river in the midst of the California Gold Rush, a busy town blossomed along its banks.

News of the discovery traveled fast, and by 1853 the town had 2,500 people, one school, three dry good stores, four hotels, five general stores, and seven saloons.

The town lasted for over a century despite a fire, diminishing gold, and a railroad route that bypassed the town, leading to a dwindling population until 1955, when the Folsom Dam plunged the town beneath a lake.

The only testaments to the town and the people who lived there are hunched gravestones at the Mormon Island Cemetery near the shores of the lake. The remains beneath these graves were exhumed from cemeteries throughout the Folsom Lake flood area. 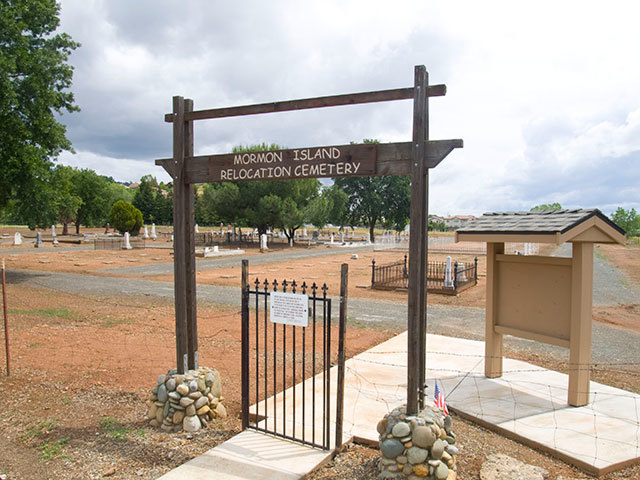 The Mormon Island Relocation Cemetery. Image by Bradley from indybay.org. 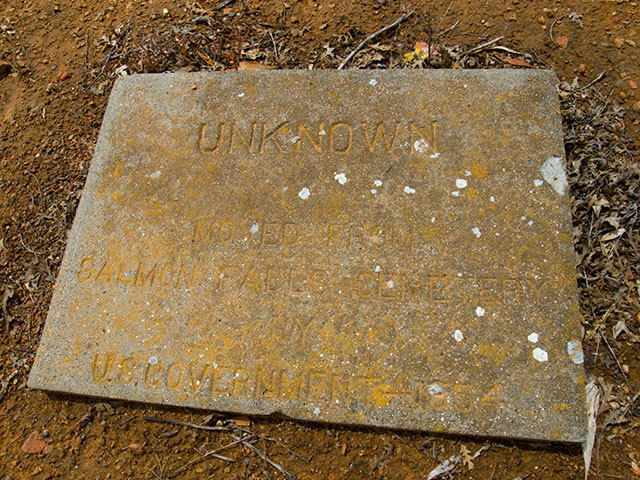 An unknown grave in Mormon Island Relocation Cemetery. Image by Bradley from indybay.org.

Despite the heart of the town remaining 90 feet under water, in 2007 during a long drought, ruins along the outskirts of the town began to emerge. Now, during very dry summers when the lake recedes, people can see the remains of this historic Mormon Island.

In fact, just this year a bridge on Mormon Island, the Old Salmon bridge