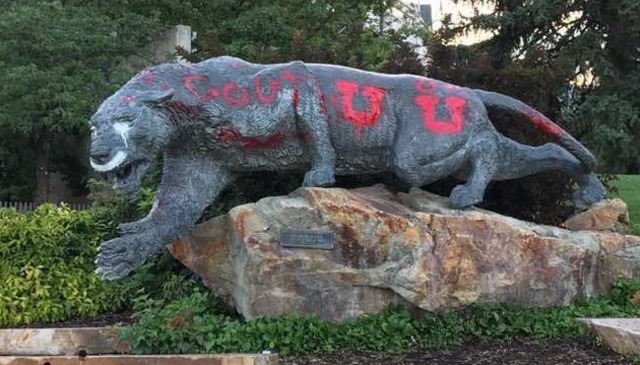 4 Arrested After BYU Statue Vandalized Outside of LaVell Edwards Stadium

Did you hear a BYU statue was vandalized before the BYU-Utah game?

It was a case of getting caught red-handed.

Four suspects were arrested and cited for criminal mischief for vandalizing the cougar statue outside of LaVell Edwards Stadium the night before the BYU-Utah football game, the first game in Provo between the two schools since 2013.

Lt. Steven Messick of the Brigham Young University police department told the Deseret News that around 4:50 a.m., a student called police and reported seeing people painting the cougar statue, which sits on the southwest corner outside of the stadium.