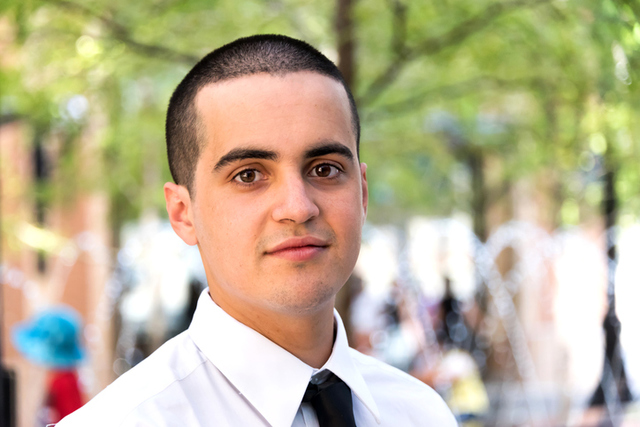 4 Reasons We Need Young Single Adults to Be Temple Workers

When I started working at the temple two years ago, I had no idea I was going to instantly acquire 30 or more adorable mothers and grandmothers, whom I love. They marvel over my “young memory;” set me up on dates with their nephews, grandsons, and neighbors; impart of their wisdom; and constantly remind me what a blessing it is to be working at the temple. “It’s so nice to see young people in the temple!” and “I never even thought about working here at your age!” are phrases I hear regularly.

But that’s no surprise. When I would go to the temple growing up, I remember all the kind, white and grey-haired men and women who would help you in the baptistry, with an occasional younger sister who would hand you your towel when you came out of the font or younger brother doing the baptizing. Even when I went through the temple for the first time, I remember mostly motherly and grandmotherly sisters in white helping me from place to place. Whether it’s a change in my situation and location or a broader shift in thought, however, it seems in the last several years that I’ve noticed an increasing number of young adults serving in the temple.

And I think it’s significant.

Here are a few reasons I believe it’s important for young single adults to work in the temple if and when they are able:

1.We need young adults who learn from the wisdom of others.

Did you know: In 1843, Emma Smith became the first woman to receive the temple endowment and administer ordinances to other women.

In an increasingly wicked world, I believe it’s becoming ever-more important to make the temple a central focus of our lives as much as possible. As a young single adult myself, the temple has become not only a refuge and a place where I can find peace and strength in temple covenants, but a place where I can continually learn from others who have weathered the world longer than I have.

As one young ordinance worker put it in an April 2012 Ensign article:

“I’ve gotten to know the other temple workers and the patrons that come regularly to my shift . . . One sister comes to the temple each week and stays for hours, bringing a beautiful spirit with her. I have met some incredible individuals who inspire me and bless my life.’”

From young to old and married to single, divorced, or widowed, there are people from all walks of life that I get to serve with and who are willing to share their knowledge and faith with me. Their dedication to serving in the temple and serving their families is an inspiration to those of us who are still learning to navigate life.

2.We need to give them more opportunities to practice (or continue) selflessness.

Did you know: The Relief Society manual Daughters in My Kingdom features a rare picture of sister ordinance workers on the steps of the Salt Lake Temple in 1917.

As more elders and sisters return from missions at younger ages, I think the temple is providing a widening opportunity to continue in the spirit of service learned as a missionary. Even for those who aren’t returned missionaries, young single adults are at a time of life when there are many pressures to focus inward, whether on personal education, travel, or other ways of “discovering yourself.” However, serving in the temple keeps us focused on discovering and improving our eternal, divine self. It humbles and reminds us that all temple workers, young and old, sacrifice something in their lives to regularly spend hours at the temple and are blessed because of it.

I love the way a 1971 Ensign article describes temple workers:

“Who are the temple workers? They are bankers who leave the world of finance for a few hours each week to accept temple assignments. They are businessmen and others who arrange their work so that they too can take regular assignments at the temple. Each is a better person for it, and material prosperity doesn’t suffer from the division of effort. . . . . they realize that there is no more important, honorable, or satisfying calling than to have the privilege of laboring regularly within the sanctity of the temple.”

And I think this assessment remains true today. For me, serving at the temple on Friday nights requires me to get some of my work done earlier in the week, give up some fun weekend activities, or find a different night to go on dates, but the blessings that have come to my life and the lives of my family members from serving there far outweigh any sacrifice and have given me valuable opportunities to stretch myself and put the Lord first.

3.We need them to be better prepared for life’s spiritual challenges.

Did you know: Joseph Smith introduced the endowment to nearly 90 men and women before he died.

No matter your age, everyone needs the strength and knowledge that comes from the temple. But for young single adults, I think there’s a special power and preparation that comes from memorizing sacred words and creating a habit of regular temple attendance. From becoming familiar with all the promises made in the temple and recognizing their significance to preparing each week to worthily administer eternal ordinances, the temple demands reverence and preparation of those who enter its walls.

“I believe Heavenly Father prompted me to serve as a temple worker in order to strengthen and prepare me so that I wouldn’t fall.

“Working in the temple was like a spiritual resurrection. As I learned all the ordinances by memory, concepts that had seemed old and stale became new and beautiful. Pure doctrine stood out clearer than ever. I would leave the temple with a deeper understanding of Christ’s gospel and His Church. I was filled with strength and determination to choose the right.”

4.We need them to recognize the power of unity.

Did you know: In addition to a group of men who performed ordinances before the Saints moved west, 36 women also acted as ordinance workers in the Nauvoo Temple.

As young single adults perform and participate in various temple ordinances together, I am reminded of the strength of my generation—a strength that comes from making and keeping sacred covenants with a focus on the Lord. A strength that I know will be increasingly vital for spiritual survival in the years to come.

I think this changing tendency for younger members of the Church to join the elder ones serving in the temple is a good reminder that people of all ages need the gospel and the temple. Whether married, single, retired, or working, 120,000+ Latter-day Saints around the world sacrifice much to serve regularly in temples. And just as temple work cannot succeed without those who participate in the ordinances, so its promised blessings cannot function without those of all ages who work behind the scenes and worthily administer sacred ordinances.

If you have ever thought about working in the temple, talk to your bishop about available opportunities.