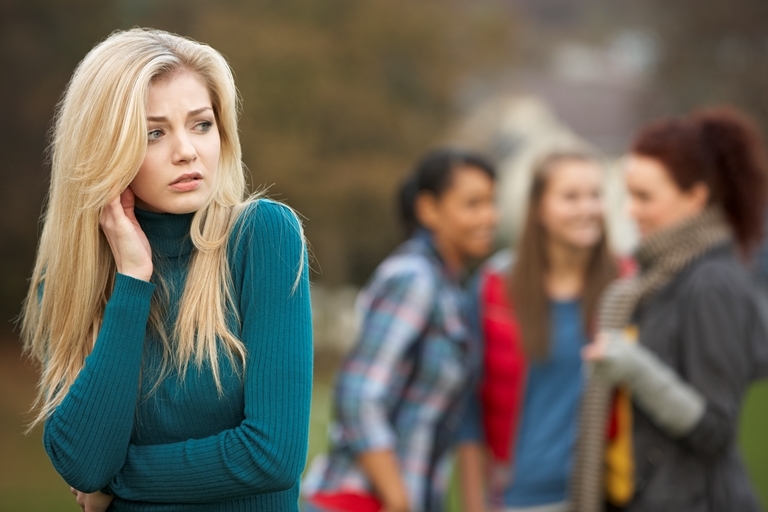 The following article was shared on LDS Living in June 2017.

If there's one group of people the Savior had a problem with, it would probably be the Pharisees. Christ calls the Pharisees fools, serpents, and vipers, and at one point even says that they are "full of dead men's bones, and of all uncleanliness" (Matthew 23:27). At every point in the Savior’s earthly ministry, there always seemed to be a Pharisee lurking about, trying to trip Him up or make Him look foolish. Is it any wonder that they frustrated Him so much?

The Bible Dictionary notes that Pharisees separated themselves from their Jewish brothers and sisters and "prided themselves on their strict observance of the law, and on the care with which they avoided contact with things gentile." What stands out to me as I read the entry on Pharisees is the following section: "the tendency of their teaching was to reduce religion to the observance of a multiplicity of ceremonial rules, and to encourage self-sufficiency and spiritual pride. They were a major obstacle to the reception of Christ and the gospel by the Jewish people" (Bible Dictionary, p. 750, "Pharisees"). That's a pretty hefty claim, one which helps us understand why the Pharisees really bothered the Savior.

As I've studied the Pharisees, I've tried to put them in the context of the Church today. What would they be like if they were Latter-day Saints? What if their ceremonial robes were traded for skirts and ties? What if, instead of walking the streets of Jerusalem, they walked the hallways of our church buildings? How would they act? What would they say and do? It's a startling thing to think about and something that makes me understand why Christ would tell us, “Do not ye after their works” (Matthew 23:3). The truth is, that if we're not careful, it can be very easy for any one of us to be like the Pharisees. So, how do we prevent that? Well, here are a few things I suspect the Pharisees might do if they were Latter-day Saints and how we can avoid them:

1. They'd avoid those unlike them.

If the Pharisees were Latter-day Saints, they might be a close group of ward friends with reluctance to extend their friendship to those they felt were different. They’d avoid members who they felt weren't living the gospel the way they should, keeping their children away from families with wayward or struggling children and perhaps ignoring new members struggling to fit in. They would stay away from nonmembers altogether. A Latter-day Saint Pharisee would treat their group of friends or even their ward as an exclusive club, and would gladly mingle with the 99 without giving one thought to the one.

We can remember the Savior's injunction to love our neighbors as ourselves. We can extend an arm of welcome to someone who is new to our ward, or maybe someone who's been in the ward for some time, but hasn't ever felt like they fit in. In addition to going to church to worship and socialize, we can go to look out for people in need of service or kindness in their lives. We can smile and greet every person we meet and make sure they feel loved. We can also increase our efforts to reach out to and befriend those in our communities who are not of our faith.

Historically, Pharisees were known for persecuting and questioning the prophets, particularly when those prophets called them out for living their religion incorrectly. Evidence of this is when they reject the example of John the Baptist, “being not baptized of [Christ]” and, in the same chapter, question the Savior, saying, “This man, if he were a prophet, would have known . . . (Luke 7:30, 39)” etc. A Pharisee living today would probably do the same thing. If the Pharisees were Latter-day Saints, they would reject messages of the prophets that did not align with their personal beliefs or lifestyles. They would practice selective obedience in their lives, obeying most commandments, but maybe not the most important. Hearing about commandments they were failing to live up to would be hard for them, and they might mock or criticize the prophets and Church leaders for saying things they didn't like.

First, we can listen to our Church leaders to learn, not to critique or criticize. We can pray for the humility to follow and understand the servants of the Lord, and we can pray for the knowledge that what they say is true. If there is a commandment or two that we are not obeying, it may be hard for us to be told to improve in that area. Instead of lashing out or getting defensive, or just as bad, ignoring it, we can take time for self-analysis and find ways that we can work on strengthening our obedience to those commandments. We can also take conference seriously, living and doing the word, rather than simply hearing it.

3. They would give traditions equal authority as doctrine.

For many of us, there are all kinds of ward-related traditions we are familiar with, including types of culturally acceptable clothes worn to church, the day of the week mutual is held on, or even the types of foods we bring to ward activities. If Pharisees lived today, they would find it extremely difficult to differentiate between such traditions and doctrine. A Pharisee, more than just dedicating his or her life to traditions, would condemn anyone who didn't follow those same traditions, and would treat them as if they were living contrary to the principles of the gospel. They might, for example, choose to keep the Sabbath day holy by staying indoors all day but condemn those who take family walks on Sundays. They would blatantly miss the mark and confuse what the doctrine of Jesus Christ is with what it is not (Mark 7:8-13).

We can know the scriptures, not just read them. We can learn about Jesus Christ and His doctrine and act as He would, realizing that Christ is probably less concerned if your Young Women group goes fishing one night instead of making bracelets and more concerned about your personal progression and repentance. We can also respect each other's differing backgrounds and preferences, recognizing that just because we live the gospel in a certain way doesn't mean everybody has to do it the same way. We might try to stir the cultural pot of our wards more, planning new activities, allowing new thoughts/ideas, and generally being more open to individuality instead of simply doing something because it’s always been done that way.

4. They'd be really good at outward worship, but they would fail to understand the Atonement.

One thing we can probably give the Pharisees some credit for is that they were adept at living by the letter of the law.  If living today, a Pharisee would pay his or her tithing diligently. They would make it to every meeting, and they would strictly observe the Word of Wisdom. What they would fail to do, however, is step back and recognize the overarching power and inclusiveness of the Atonement of Jesus Christ and its complete centrality in the gospel (Matthew 23:23). They would define the gospel by its laws but completely forget about Jesus Christ and His mercy.

If the Pharisees were Latter-day Saints, they would point fingers. They would cast verbal and emotional stones at members of their wards who have sinned, gossiping behind backs while ignoring their own shortcomings. Like the Pharisees who presented the woman taken in adultery to the Savior, they would stress that the law required them to punish instead of extend mercy or forgiveness. A Latter-day Saint Pharisee would not allow the Atonement to work in the lives of others but would treat others like they are not good enough for the Atonement.

When we are tempted to judge or condemn those who have made mistakes, we can take a moment to consider the mistakes we have made in our own lives. We can remember that we are all sinners, and that our Savior bore a great price for our mistakes, not just our neighbors'. We can extend love when we are tempted to extend judgment. Just like our Savior, we can be merciful and kind, not spiritually proud and unforgiving like the Pharisees of old.

We can also make a greater effort to understand the Atonement and use it in our lives. It is not some small part of the gospel. It is the entire gospel. If we choose to not understand or appreciate it as our Lord intended, we are missing the entire point of our existence and dishonoring His sacrifice. Our Savior is the reason for everything. Treat Him so and be like Him.

Jesus Christ is the greatest example of the type of ward member that we can become. When He entreats us in the scriptures to not be like the Pharisees, He does so because of how damaging their actions were to both the Church and themselves. They were obstacles in their own spiritual progression, a fact that must have hurt the Lord just as much as their lack of mercy did. Let us make sure that our actions are more consistent with our Savior's than with the actions of the Pharisees. Only then can we truly change in this life.