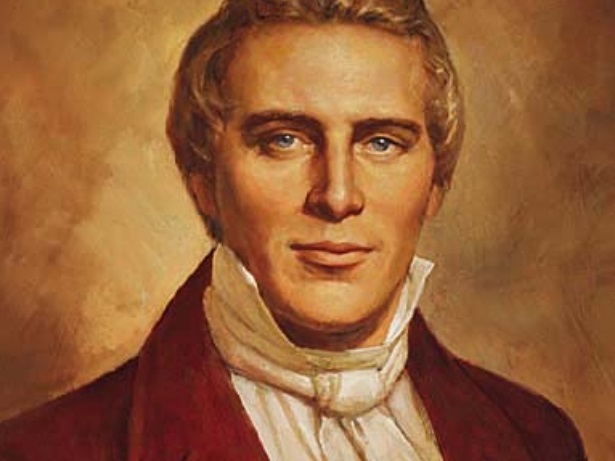 Every U.S. president has dealt with criticisms from the press of their day. Being able to influence public narratives has often been an important task for any politician or public personality. Thomas Jefferson and James Madison, for example, were so concerned with the way the newspaper Gazette of the United States was shaping opinions against their Democratic-Republican Party that they covertly established a partisan editor and newspaper of their own, the National Gazette, to counterattack their rivals in The Federalist Party.

While it’s no revelation to anyone that politicians try to wield the power of the press, it might surprise some readers to know how important the newspapers of his day were to Joseph Smith. Here are some interesting facts about Joseph Smith and the press:

1. The Articles of Faith were written for a newspaper.

While it’s no revelation to anyone that politicians try to wield the power of the press, it might surprise some readers to know how important the newspapers of his day were to Joseph Smith. The Mormon prophet knew that perceptions of the young church were critically important in the eyes of would-be allies or would-be enemies. He exerted much effort in providing newspapers in the region with accurate information regarding religious doctrines and practices. In fact, the Articles of Faith as we know them today were first written for a newspaper. Although they were later canonized in the Pearl of Great Price, those words were initially written by Joseph Smith for John Wentworth, the editor and owner of the Chicago Democrat. In reply to Wentworth’s request for more information about the Saints, the prophet said, “I have written the following sketch of the rise, progress, persecution, and faith of the Latter-day Saints….all that I shall ask at his hands is that he publish the account entire, ungarnished, and without misrepresentation.” The prophet included his personal history, an account of The First Vision, and a summary of thirteen Mormon beliefs that later became known as the Articles of Faith.

2. The prophet understood the power of the press.

This is just one of many examples of the prophet writing to editors of local or even national newspapers. His biographer, Richard Bushman, said of the prophet, “He really yearned to have a voice in the papers because he was always looking for every way to get the word out.” In fact, Joseph recognized the power of the press so much so that from 1832 until his death in 1844 he approved the formation of nine different newspapers that were published by the Church in both the United States and one in England. That tradition continues to this day as the oldest and largest newspaper still published in Utah is owned by The Church of Jesus Christ of Latter-day Saints.

3. The man charged with the murder of Joseph Smith once dined at the Prophet's home.

Joseph Smith recognized that the newspapers of his day could do much good to aid his cause, but he was even more sensitive to anything published with the intent of doing damage.  Most Mormons have heard of the Warsaw Signal newspaper editor Thomas Sharp and know that he was one of the most vocal enemies of the Church. In fact, many Church historians point to Sharp more than anyone else for inciting the violence that led to the murders of Joseph and Hyrum Smith. But did you know that Joseph himself used to be a subscriber to Thomas Sharp’s newspaper? For a short time the two men actually got along very well, with Sharp being a “distinguished guest” at Nauvoo gatherings and on one occasion he even ate at the prophet’s home. But once Sharp’s true motives were made clear, Joseph cancelled his subscription to his newspaper saying, “SIR – You will discontinue my paper – its contents are calculated to pollute me…” The material published in The Warsaw Signal later became so hateful against the Church that soon the entire region was clamoring for some form of action to be taken against the Saints. Thomas Sharp stoked their fears and encouraged violence by calling upon his readers to prepare for an attack. “We hold ourselves at all times in readyness to co-operate with our fellow citizens . . . to exterminate, utterly exterminate, the wicked and abominable Mormon leaders.” Things escalated quickly when the Nauvoo City Council declared another hostile newspaper, the Nauvoo Expositor, to be a “nuisance” to the Saints and ordered it to be destroyed under the direction of the town marshal. In retaliation, Sharp published his strongest call to action yet against the Saints. “War and extermination is inevitable! We have no time for comment, every man will make his own. Let it be made with powder and ball!!!” Such provocations had their desired effect when a vicious mob stormed Carthage Jail on June 27, 1844, and murdered the prophet and his beloved brother, Hyrum. Thomas Sharp was charged with the murders but was acquitted by a jury of his peers. Following his acquittal, he went on to serve as the mayor of Warsaw, a county judge, and a school principal.

► You'll also like: 6 Things You Didn't Know About the Plot to Murder Joseph Smith

4. Joseph Smith wrote The Standard of Truth for a newspaper.

Two years before his death, Joseph Smith had sent these stirring words to the newspaper The Chicago Democrat. These words were later published by the Church’s own newspaper The Times and Seasons and are known today as the Standard of Truth for LDS missionaries. “No unhallowed hand can stop the work from progressing; persecutions may rage, mobs may combine, armies may assemble, calumny may defame, but the truth of God will go forth boldly, nobly, and independent, till it has penetrated every continent, visited every clime, swept every country, and sounded in every ear, till the purposes of God shall be accomplished, and the Great Jehovah shall say the work is done.” I marvel to think about how much these words must have comforted and uplifted the grieving Saints during the dark days that followed Joseph and Hyrum’s murders. I marvel to think how inspiring and significant those same words still are to us today. And I marvel most of all to think about these sacred words being first published in a newspaper.