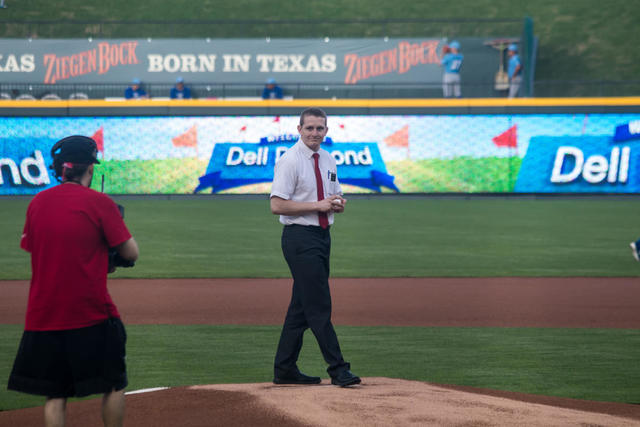 Elder Dusty Hone threw the first pitch at the Round Rock Express vs. the Omaha Storm Chasers minor league baseball game, but the missionary and All-American wrestler had never intended to serve a mission. Then something happened in Dusty Hone's life that changed his mind and made him want to serve a mission, despite the wishes of his family.

Hone, who serves Spanish-speaking in the Texas San Antonio Mission, competed in the Little League World Series at age 12 and 14, but stopped playing baseball when he started high school so he could focus on wrestling.

“I went to three national tournaments my senior year—one in Iowa where I took second, one in Virginia Beach where I took first, and one in Reno, where I won as well,” Hone said.

After visiting the campus, Hone told recruiters, “I’m not going on a mission. You don’t have to worry about that.”