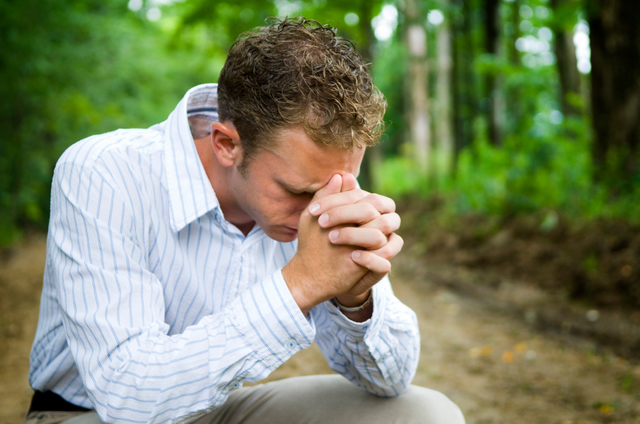 4 Tips to Better Access the Power In Your Priesthood 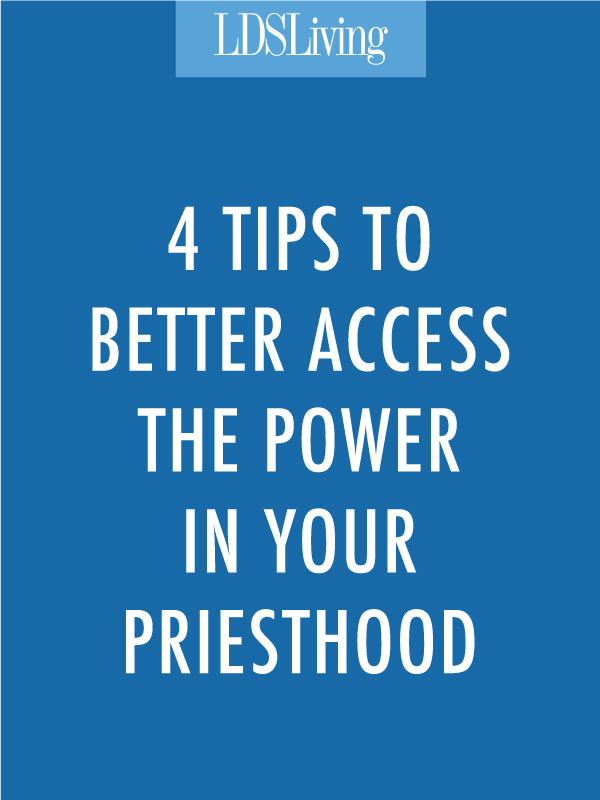 In the April 2010 general conference, President Boyd K. Packer encouraged Melchizedek Priesthood holders to do better at exercising the power of the priesthood. He taught:

There are several things that can help faithful priesthood bearers better access the power of the Melchizedek Priesthood as they strive to serve others.

Many Melchizedek Priesthood holders are very aware that they hold the power of God delegated to man. They are sensitive to both the privilege as well as the sublime opportunity to exercise this sacred, potent power to bless lives. But for some, their priesthood is almost an incidental part of their membership in the Church; it seldom enters their consciousness during daily living that they even hold the authority of the priesthood. In other words, it does not particularly define them.

When I was serving as a young missionary in Austria, President Henry D. Moyle, a counselor in the First Presidency, toured our mission. As he spoke to us, he made a strong point about the importance of having a constant awareness of who you are.

He told of being caught off-guard a bit while riding as a passenger on a train earlier during this mission tour. He was, of course, dressed in a nice business suit and attire appropriate to his responsibilities. Suddenly, a prosperous-looking man sitting across from him spoke to him in a loud voice, almost startling him, and asked, “What are you?” Without even thinking, President Moyle replied, “A Mormon!” He went on to tell us that his answer even surprised him. The more he thought about it, the more it pleased him that that had been his spontaneous answer. He could have easily replied that he was a very successful businessman. Or, he could have said that he was a counselor in the First Presidency of a worldwide church, or any one of a number of prestigious civic and community positions. But, he didn’t. Uppermost in his mind was that keen awareness that he was a member of the Church. His point? That we all must nurture a constant awareness as to who we are and that we represent the Lord.

Such a constant awareness that we are priesthood bearers can go a long way toward helping us to more effectively serve others with power in our priesthood.

Strive to maintain personal worthiness at all times.

We never know when we will be called upon to drop what we are doing at the moment and respond to a request to exercise our priesthood. Some years ago, I was on assignment in a neighboring state. In the course of some meetings, a local stake president emphasized the importance of maintaining personal worthiness by relating the following account:

A man in his stake was driving home from work. As he drove along the highway, approaching his town, he saw a crowd gathered on the side of the road. Stopping and getting out of his car, he walked up to the gathering. To his horror, he glimpsed his son’s motorcycle lying on its side in the gravel alongside the highway. His son’s unconscious form lay not far from it. Traces of blood were visible coming from his nose and ears.

This humble father quietly knelt by the teenager, gently cradled the sides of his son’s head in his hands, and commanded in the name of Jesus Christ and by the power of the Melchizedek Priesthood for his life to be preserved until competent medical help was available to preserve it. The paramedics arrived shortly and whisked the young man off to a nearby hospital. Initial x-rays showed a wide break in the neck. Additional x-rays revealed the same break, but it was more like a crack. Ensuing x-rays showed a healed break. The astonished medical personnel puzzled among themselves, but finally released the son to return home. Several days later, in the regular fast and testimony meeting held in the family’s ward, the father stood at the pulpit and said, in effect, “I am so thankful that when I put my hands on my son’s head to exercise my priesthood, I did not first have to apologize to the Lord for personal behaviors that would have stood in the way of having power in my priesthood.”

The message is clear. In order to access the power of our priesthood for use in serving, we must strive to maintain personal worthiness.

Exercise faith as you strive to live in harmony with God’s will.

The Savior taught His disciples about the importance of having faith as they ministered to others. He said, “If ye have faith as a grain of mustard seed, ye shall say unto this mountain, Remove hence to yonder place; and it shall remove; and nothing shall be impossible unto you.” (Matthew 17:20.)

Joseph Smith taught that there are three basic requirements in order for us to exercise faith:

Looking at these three qualifications, the first two are pretty much second-nature to most Melchizedek Priesthood bearers. Therefore, the third one is what we need to focus on here. In order to exercise strong faith, we need to know that our lives are in harmony with God’s will—that we are honestly striving to live the gospel. This gives us a clear conscience and allows us to have confidence before God (see D&C 121:45), thus enabling us to have faith.

Seek inspiration and direction from the Lord.

Constant, humble awareness of who we are as priesthood holders, sincere striving to be worthy at all times, and the exercise of faith in His will are a good start, but not quite enough in most cases. In giving blessings and administering to the sick, we need to know the will of the Lord. And that requires inspiration. If we recognize inspiration, we can say only the things, during the blessing, that are in harmony with the will of God as far as promises and pronouncements are concerned.

But what if clear inspiration does not come when giving a blessing? Elder Dallin H. Oaks gave helpful and comforting counsel on this when teaching about administering to the sick. He said,

"On some choice occasions I have experienced that certainty of inspiration in a healing blessing and have known that what I was saying was the will of the Lord. However, like most who officiate in healing blessings, I have often struggled with uncertainty on the words I should say." (“Healing the Sick,” Ensign, May 2010.)

"Fortunately, the words spoken in a healing blessing are not essential to its healing effect. If faith is sufficient and if the Lord wills it, the afflicted person will be healed or blessed whether the officiator speaks those words or not. "Consequently, brethren, no elder should ever hesitate to participate in a healing blessing because of fear that he will not know what to say."

There are many other ways to exercise the power of the priesthood. A few meaningful ones that are often overlooked include

- Dedicating homes and other places of residence

“Now fathers, I would remind you of the sacred nature of your calling. You have the power of the priesthood directly from the Lord to protect your home. There will be times when all that stands as a shield between your family and the adversary’s mischief will be that power. You will receive direction from the Lord by way of the gift of the Holy Ghost”

For more insights on fully utilizing priesthood power, check out Unlocking the Power of Your Priesthood, available at deseretbook.com.