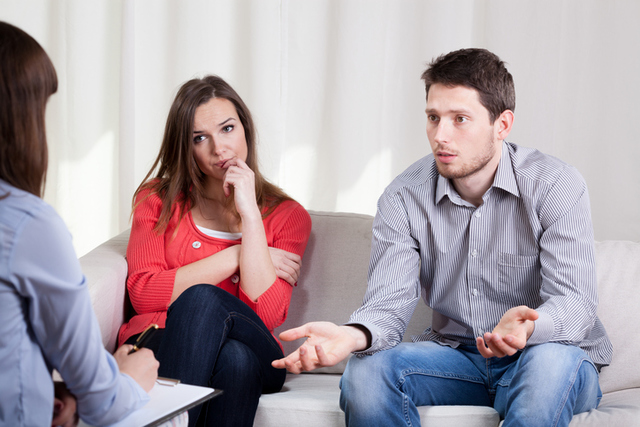 I was once introducing myself to a couple coming for marital therapy, and the husband, who I will call Joe, did a strange thing. We shook hands and he slipped a folded paper in my palm. We made our way to the couches, and, feeling like I was in a spy movie, I snuck the note into the pile of paperwork and glanced at his scrawled message: “Need to meet with you alone, without Lynnette. Confidential!!!”

Wondering what was going on, I took a few minutes during our session to see them separately. When I shut the door, Joe launched into his concerns. “She won’t tell you this,” he began, “but her brother died five years ago, and she still takes her grief out on me.” I asked him if he could share this when she returned. “No, she would just get mad,” he said. “We also argue about how she sends money to her alcoholic daughter. I told the bishop about it, and he agrees with me, but she won’t stop.”

“These sound like good things for us to discuss,” I said. “No,” he insisted, “Lynnette can’t handle it.” During the rest of our meeting, they gave vague descriptions of their problems: “We are just stressed out. . . . We need to communicate more.” Despite my specific questions and prods, we didn’t get much traction or set any goals. After two weeks they texted me separately saying they didn’t think the other would change, and Joe accused me of incompetence: “I thought you would be able to fix us.”

This couple was demonstrating deception in their marriage that may not have felt like deception. In this case, they were pretending things were fine when they weren’t. There are many ways couples slip into deceptive modes.

Latter-day Saints “believe in being honest,” per our 13th article of faith, and most of us try to tell the truth. However, research has shown that it is easy to become misleading, even in our families (Bella M. DePaulo, and Deborah A. Kashy, "Everyday Lies in Close and Casual Relationships," Journal of Personality and Social Psychology 74, no. 1 (1998): 63). It is easier to be evasive with those we aren’t close to—like when you tell Aunt Zelda you loved the sequined sweater she gave you. But even in marriage, which is the most intimate of relationships, about 10 percent of interactions contain some kind of deception (Robert Feldman, The Liar in Your Life: The Way to Truthful Relationships, Twelve, 2009). These might be small things, like overstatements or white lies (“The blue lipstick looks great”), but can also include serious betrayals. Here are four ways to avoid unintentional deception that will help you build a more honest, fulfilling marriage.

When spouses become frustrated, they almost automatically start distorting what they see and say. Several studies have found that an angry partner retells an argument in a way that emphasizes their own innocence and exaggerates their spouse’s flaws (Jill N. Kearns, and Frank D. Fincham. "Victim and Perpetrator Accounts of Interpersonal Transgressions: Self-Serving or Relationship-Serving Biases?” Personality and Social Psychology Bulletin 31, no. 3 (2005): 321-333). Frustration is a filter, through which events become embellished.

Joe demonstrated this as he told me about a text message exchange with Lynnette. “All I wanted was a little peace and quiet after a long week,” he said, “but she insisted we go to her nephew’s 12th birthday party.” He described Lynnette as demanding and his own response as beleaguered and patient. He pulled up the texts to prove it and used a calm tone as he read his own words: “I am tired and don’t feel well. It has been a long week, and I need to clean the basement, which you made me do.” He then read her response in an angry, whining voice: “You promised we would go, and there is no way that we can back out.”

The content of the two texts was comparable, but his representation of them was distorted. Instead of being fair, he was overstating her emotion and ignoring his own promise to attend the family gathering. It takes commitment to honestly represent both perspectives, but this will help conversations stay productive instead of destructive.

Like Joe and Lynnette, many spouses avoid talking about important issues. One of my LDS colleagues recently suggested this was one of his biggest challenges with his church-going couples. Some pretend things are fine out of a desire to be nice or avoid conflict, even when they are struggling. “One lady had been questioning whether she even wanted to be married,” my friend said, “but she had not brought up any concerns to her husband.” One study found that couples who avoided talking about differences of opinion on important issues like money, in-laws, or religion felt more distant than those who expressed their true feelings (Terri Orbuch, Five Simple Steps to Take Your Marriage from Good to Great. River Grove Books, 2015).

In the New Testament, Jesus suggests that addressing problems should be done by discussing the “fault between thee and him alone” with the hopes of reconciliation (Matthew 18:15). Sometimes the best thing for a marriage is to find time alone and talk through issues with honesty and kindness.

► You'll also like: One Big Reason Young Mormons Are Afraid of Marriage (And How to Fix It)

3. Listen to Your Conscience

Science supports the idea that we have an innate sense of right and wrong (Jonathan Haidt, The Happiness Hypothesis: Finding Modern Truth in Ancient Wisdom. (New York: Basic Books), 2006). This is one reason we become deceptive: we need to excuse hurtful behavior to soothe our conscience. For example, in one of my studies on domestic violence, a man said: “I’d feel horrible about the physical abuse, and then later I would think to myself it might not have happened if she would have just kept her mouth shut”(Jason B. Whiting, Megan Oka, and Stephen T. Fife, "Appraisal Distortions and Intimate Partner Violence: Gender, Power, and Interaction," Journal of Marital and Family Therapy 38, no. s1 (2012): 133-149). His journey from regret, to excuse, to anger happened so quickly, he was not aware of it until we reflected later. Instead of listening to his conscience and apologizing, he made it worse by rationalizing and blaming her, which kept the problem going.

Ignoring one’s conscience is how deception becomes worse over time. Another study examined volunteers who were participating in a guessing game with a jar of pennies. The game was set up with an incentive to cheat to earn more money. The brains of the volunteers were scanned as some of them gave into temptation, and while the first lie activated their brain as an unpleasant sensation, further lies did not as the brain became desensitized (Neil Garrett, Stephanie C Lazzaro, Dan Ariely & Tali Sharot, “The brain adapts to dishonesty,” Nature Neuroscience 19, (2016): 1727–1732). This is one of the reasons that small lies always precede larger ones. Like a topical anesthetic that numbs the site before inserting a larger needle, small excuses make it possible to move to more frequent and harmful lies. Listening to your conscience about small things will keep the marriage on an honest path for the long term.

Being honest means owning your behaviors and acknowledging mistakes, especially when you have hurt another person. President Dieter F. Uchtdorf said, “Sincerely apologizing to your . . . wife [or husband] is not a sign of weakness but of strength. Is being right more important than fostering an environment of nurturing, healing, and love?” (Dieter F. Uchtdorf, “In Praise of Those Who Save,” Ensign, April 2016). If a spouse wants only to win the argument, they will give phony claims like, “I wouldn’t have called you that if you had been nicer.” If they want to defend themselves, they will give distractions, saying: “You are always picking on me.” If they take responsibility, they will admit their role in the problem and try to do better next time.

Relationships have challenging moments, and sometimes good spouses can become false with themselves and each other. Through sincere, kind, and honest behavior, you can avoid deception and create a closer marriage. 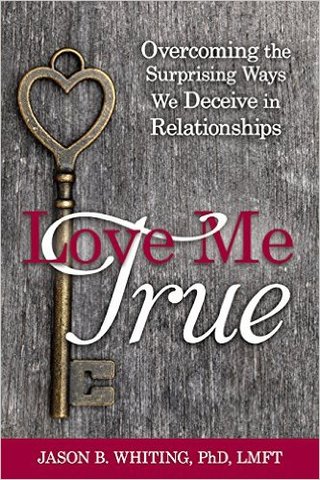 Jason Whiting is a professor of marriage and family therapy and author of Love Me True: Overcoming the Surprising Ways we Deceive in Relationships.