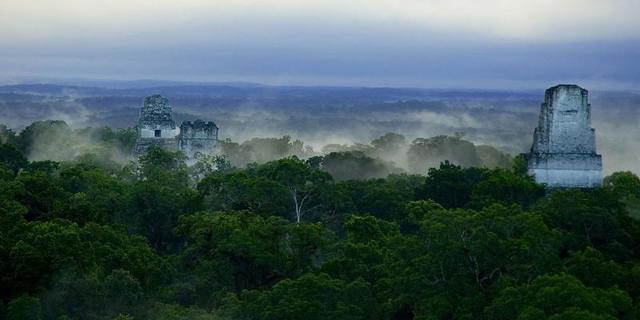 What a thought-provoking article by Book of Mormon Central. While the Church has no official stance on where Book of Mormon events took place, it's intriguing to note how this discovery discounts earlier beliefs about ancient American inhabitants and corroborates passages from the Book of Mormon.

On February 1, 2018, National Geographic broke a story about some incredible new discoveries in Mesoamerican archaeology using new technology. On subsequent days, the story was picked up by other major media outlets such as BBC, Washington Post, NPR, The New York Times, and Fox.

These reports are based on the recently released findings of the largest LiDAR survey ever attempted for archaeological research by the Fundación Patrimonio Cultural y Natural Maya (PACUNAM), led by Richard Hansen and Fernando Paiz. It mapped 10 tracts totaling 2,100 square kilometers in the Mirador Basin and other areas of northern Guatemala. The surveyed area is less than half the size of Utah County.

According to Parley P. Pratt, early critics dismissed the Book of Mormon, saying, "there were no antiquities in America, no ruined cities, buildings, monuments, inscriptions, mounds, or fortifications, to show the existence of such a people as the Book of Mormon described."

Based on this new evidence from the Maya lowlands, these grandiose descriptions are not so far-fetched after all. The details in this story support dozens of verses in the Book of Mormon that describe dense populations, sophisticated economies, road networks, large-scale agriculture, intensive land use, disaster-prone landscapes, and prevalent warfare. Even statements about "the whole face of the land" being covered by people and buildings may have been more than just hyperbole.

How do these new discoveries relate to the Book of Mormon?

The correlation between this new scientific data and the Book of Mormon is simply remarkable. The following is a list of discoveries with this new LiDAR technology, as well as potentially related Book of Mormon passages. While not comprehensive, this list should give readers a pretty good idea of how well the Book of Mormon fits into the archaeological record.