From incredible trick shots to singing Disney songs, Latter-day Saint children have ruled the internet with their adorable home videos. Whether they are funny, sweet, or inspiring, these videos have garnered millions of views and impressed celebrities such as Ellen DeGeneres, Steve Harvey, Jimmy Kimmel, and more.

Here are just a few viral videos from Latter-day Saint children we thought you might enjoy.

A foam basketball and a Fischer-Price plastic hoop was all Titus Ashby needed to unleash his incredible trick shot talent. Since he was 2 years old, Titus has been stunning viewers with videos of his incredible ability to make shot after shot from the couch, from the stairs, from the arcade, from a trampoline, from the gym, and everywhere in between.

With more than 91 million views on his YouTube channel, Titus' talents have caught the attention of Steve Harvey, Ellen DeGeneres, and Jimmy Kimmel as he has made appearances on shows like Little Big Shots and Jimmy Kimmel Live.

Check out Titus' incredible talents below:

Though just 5 years old, YouTube sensation Claire Ryann is no stranger to fame. Having appeared on Ellen, The Voice, and other TV shows, and having landed parts in live action films A Little Mermaid and Anatasia, Claire has done much in her five years.

And it all started with a video of her singing "Part of Your World" from the Little Mermaid.

Listen to Claire's amazing voice in the video below:

Chloe's rise to fame began with a simple home video. Her parents were capturing the then-3 year old's reaction to learning her family was going to Disneyland.

And the side-eyeing Chloe meme was born. 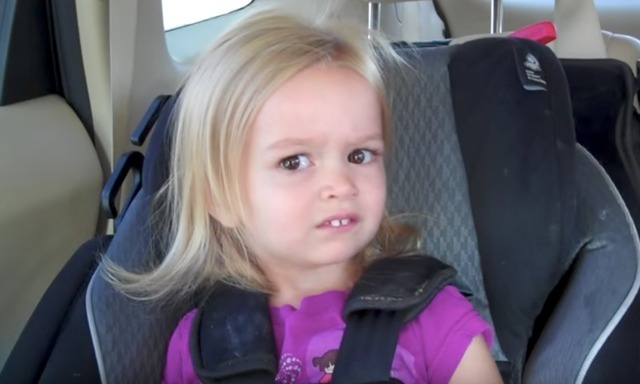 The meme, arguably one of the most popular of all time, has since been featured on Buzzfeed, Mashable, Bustle, and countless other sites.

Now 8 years old, Chloe was recently baptized a member of The Church of Jesus Christ of Latter-day Saints.

► You'll also like: The Girl from That Viral Meme You've All Seen Just Got Baptized

"Mom desperately needed a treat to get through the rest of the night. So I'm hiding in the pantry, eating a treat. Is that wrong?" mother of quadruplets Ashley Gardner asks in a hilarious video while the muffled sounds of children yelling come from behind the door.

"They're always there," Gardner says, reaching down with her phone to show a little girl, face to the floor, patiently waiting outside the pantry door.

That 34-second taste of real life featuring the Gardner Quadruplets has since garnered more than 3.6 million views on YouTube.

The quadruplets, Ashley, and her husband were all invited to appear on Ellen, where Ellen surprised the family with a vacation to Hawaii.

There are few things in life that can bring more joy into your day than seeing a kid dancing with total, uninhibited confidence while eating a corndog, as toddler Baylor Mooney has proven.

The nearly 2-year-old toddler has been featured on CNN, Time, Fox, MSN, POPSUGAR, Daily Mail, and more since a home video of her dancing to Beyonce's "Crazy in Love" with a corndog in hand went viral.

"All the national and global exposure has been crazy, to say the least. We never expected any of it," Baylor's mother, Brooke, says. "But it has been fun seeing how everyone just loves her."

Baylor's video currently has more than 11 million views and is "pure joy," according to Time.