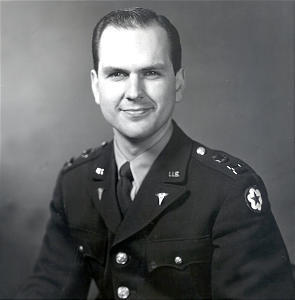 1. Elder Nelson finished medical school in three years, becoming an M.D. at 22 years old and graduating with highest honors. As an intern at the University of Minnesota, he and his team developed the first machine that performed the functions of a patient's heart and lungs during open-heart surgery.

2. He interrupted his education to serve medical duty for two years in the U.S. Army Medical Corps during the Korean War, stationed in Korea, Japan, and Washington D.C.

3. He was a stake president in Salt Lake City for over six years, and Joseph B. Wirthlin was his second counselor.

Elder Nelson supports Elder Joseph B. Wirthlin, whose knees locked as he was giving his talk.

4. In 2003, he became the first apostle to visit Kazakhstan. While there, he dedicated the country for the preaching of the gospel.

5. When he was general president of the Sunday School, Elder Nelson attended a meeting where then-President Spencer W. Kimball urged those present to learn Chinese. Elder Nelson took up the challenge, and is now fluent in Mandarin.