Conflict between right and easy 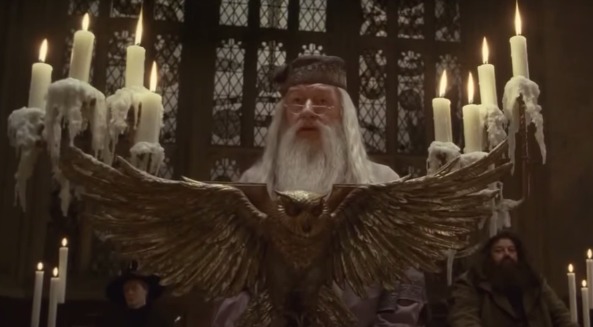 Though vanquished for over a decade, the evil Voldemort eventually returned to threaten the existence of the entire wizarding world. In the aftermath of his return, Dumbledore addressed the Hogwarts student body at an end-of-year feast. Contrary to his usual light and sentimental tone during such remarks, the headmaster's message to his pupils was one of warning. “Soon,” he warned, “we must all face the choice between what is right and what is easy.”

Even though “wrong” is the opposite of “right,” the teachings of Jesus make it clear that “easy” could readily be used in its place. Matthew 7:13 reads, “Enter ye in at the strait gate: for wide is the gate, and broad is the way, that leadeth to destruction, and many there be which go in thereat.” Christ was adamant that His path, though rewarding, was not an easy one to walk—but a beautiful message of both the gospel and Harry Potter is that even though the right road is almost always the one less traveled, “help will always be given . . . to those who ask for it.”