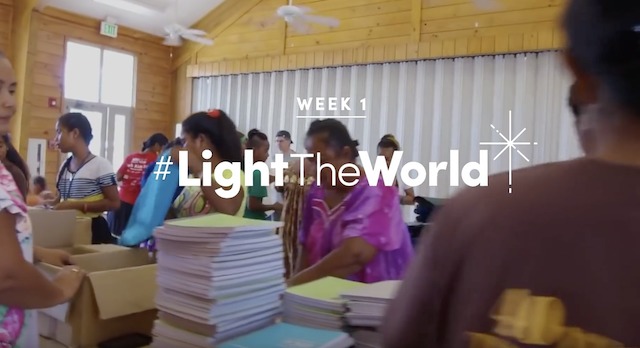 5 Incredible Ways the Church's #LightTheWorld Will Be Different This Year

Buckle down, this year's #LightTheWorld campaign is going to have some exciting changes.

There's no denying last year's #LightTheWorld campaign was spectacular. Thousand of Saints across the world participated in countless hours of service and donated everything from eyeglasses to goats, thanks to the new #LightTheWorld vending machine.

And this year is going to be just as incredible. Here are five new changes coming to #LightTheWorld this holiday:

1. A Worldwide Day of Service

To start the campaign off with a bang, members are encouraged to participate in a worldwide day of service on December 1.

Instead of the daily service ideas, this year's campaign features weekly themes and corresponding service ideas for the week.

For example, the first week's theme "Light the World" focuses on how members can serve on a global scale, suggesting service ideas like helping refugees and donating to charities.

You can also pick the day or days of the week you would like to serve and then share what you are doing on social media using #LightTheWorld. 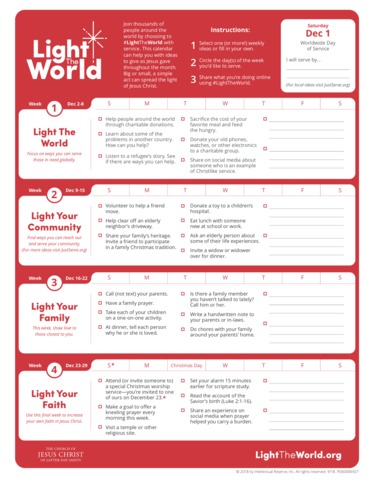 To help members feel the light of Christ, this year's campaign also includes a Christ-centered home evening lesson. This lesson, which members can follow or use to create their own, helps families brainstorm ideas of ways they can serve others and focus on Christ, the premise of the #LightTheWorld campaign.

"Invite your friends and neighbors to join you," the lesson reads. "As you teach and learn together, you will help spread the light of Christ. 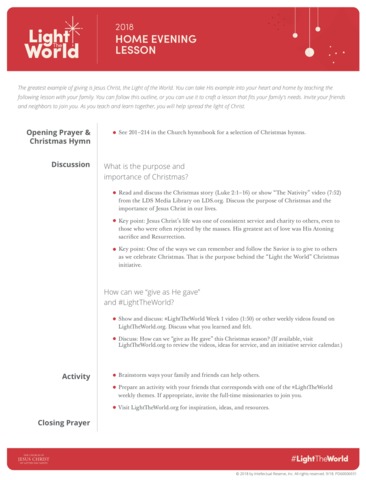 You read that right. Now members across the world can participate in the #LightTheWorld vending machines, which donate goats, water filters, eyeglasses, and more to people in need.

And now, four new vending machines are coming to London, Arizona, the Phillippines, and New York in addition to the one near Temple Square.

Imagine the good five service vending machines around the world will do.

For the last week of the campaign, members can attend or invite someone to a special Christmas worship. Specifically, on December 23, members can bring a nonmember friend to a one-hour worship service.

"Attend (or invite someone to) a special Christmas worship service—you’re invited to one of ours on December 23," the #LightTheWorld weekly service calendar says.

Lead image screenshot from the video above