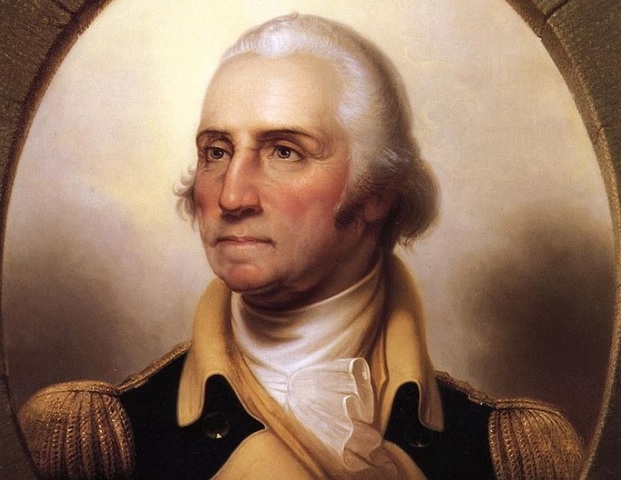 "When in the Course of human events, it becomes necessary for one people to dissolve the political bands which have connected them with another … a decent respect to the opinions of mankind requires that they should declare the causes which impel them to the separation.”

So begins the Declaration of Independence, which outlines 29 reasons why America’s young 13 colonies ultimately, and unanimously, agreed to pledge to each other “their lives, their fortunes and their sacred honor” in separating themselves from England.

Declaring themselves a sovereign nation that July 4th in 1776 was not undertaken lightly, and was years in the making with lengthy and heated debates. After the final days of discussions, voting and rewriting, the delegates signed the declaration which set in motion a glorious experiment in self-government.

The very idea that people derive their rights from a Supreme Being and not from the state, that “all men are created equal,” and that people have rights to “life, liberty and the pursuit of happiness” set this young country apart.

This form of self-government depends on imperfect human beings who are, as John Adams writes, “driven by irrational motives and corrupt passions. And that vanity, prejudice and the desire for personal gain are many times the motives behind political behavior.”

To counter the tendencies of these very human flaws, influential men such as James Madison in the Federalist Papers wrote about the importance of the practical implementation of checks and balances that would eventually be outlined in the nation’s new Constitution.

For self-government to continue to work, “people must believe that they have a right, duty, and ability to govern themselves,” said University of Texas Professor Paul Miller in a three-part essay about self-government. “Self-government is, at root, a culture of public responsibility among a citizenry.”

Part of that culture of public responsibility is civility in our public discourse, which, sadly, seems to be a struggle for many in the 2018 digital age. This is not the only time in history to have sobering decisions to make or serious issues to fix, yet it seems all too easy for many to fall into a trap of sharing opinions with “irrational motives or corrupt passions.”

Public discourse of late has become increasingly volatile and cacophonous. It’s not that any of these issues are any more contentious than others throughout history, but rather, and perhaps, “we the people” are forgetting our public duty of civility when it comes to problem-solving in this continuous experiment of self-governance.

On a daily basis, there are personal offenses taken, violent protests on just about everything, and a constant barrage of harassment, stereotyping, and hysteria. To counter this behavior, a revolution is needed with a new declaration—a declaration of civility.

By age 16, George Washington hand-wrote the now infamous 110 Rules of Civility & Decent Behavior in Company and Conversation. Nicely outlined on the www.foundationsmag.com website, these rules have a common theme of focusing on other people.

Author Richard Brookhiser wrote that perhaps without knowing it, young George was “absorbing a system of courtesy appropriate to equals and near-equals” and then when it was needed for the expanding country, he was ready.

Washington’s daily practice of these virtues is just one reason why he was honored among all, and votes for his military and civic leadership roles were always unanimous. Here are just five of these rules that could be implemented today with big effects.

1. Every action done in company, ought to be with some sign of respect, to those that are present. Meaning, of course, treat everyone with respect. Some say that respect is to be earned, and there is truth to that, however, to get respect, one must certainly give it as well. People from all backgrounds, experiences, talents, and abilities can be unified in the problem to be solved through a foundation of mutual respect.

2. Show nothing to your friend that may affright him. A reminder to “be considerate of others” and not embarrass them on purpose, especially if that embarrassment brings shame. Could cyberbullying be stopped with this simple rule? While those in the public eye certainly warrant accountability in their positions of public trust, there are many who do not warrant undue criticisms and harassment. There is much suffering that comes at the hands of those who find it easy to be mean, especially on social media platforms.

3. When a man does all he can though it succeeds not well, blame not him that did it. Do we truly believe the only people who warrant praise are those who never fail? Is that why there is so much anxiety and depression these days? Does one really need to rant in public about co-workers or bosses or those who simply make mistakes that affect us? There will be consequences for those who commit crimes, however, those who are just trying to do their best, but fail, deserve support, not hate mail.

4. Mock not nor jest at anything of importance … and if you deliver anything witty and pleasant, abstain from laughing thereat yourself. This is about not making fun of things that are important to others. The internet is full of memes, which can bring much-needed comic relief from tensions on topics that seem absurd or unbelievable. However, when issues are truly meaningful to others, civility in this area will go a long way.

5. Be not hasty to believe flying reports to the disparagement of any. Don’t be so quick to believe the bad reports of others. It’s better to wait a few days, and smart consumers of information will be sure to look at several sources before deciding. Perhaps we could give the benefit of the doubt to the person accused until the matter is settled. Unfortunately, oftentimes what is heard first is what many people remember, and when information is later corrected the damage has already been done.

There are so many more words of wisdom in these 110 rules such as allowing reason to govern our actions, being flexible in opinions in order to better evaluate information, refraining from correcting others when it’s not our place to do so, or not speaking badly about others behind their backs to name just a few.

So, as family and friends gather this Fourth of July to celebrate the moment in world history when we declared ourselves a free and independent people, let us be grateful. Let us remember the cost. Let us remember the reasons why we wanted to decide for ourselves. Let us look to their example on how best to do that.

Let’s not waste our inheritance with divisive and useless bickering. Instead, let’s look to this July 4th as a time for a revolution within our own characters and behaviors toward others. Let us pledge to unite together under a declaration of civility—to respect, listen, wait, encourage, lift and befriend each other as we work together to tackle the important issues our of day