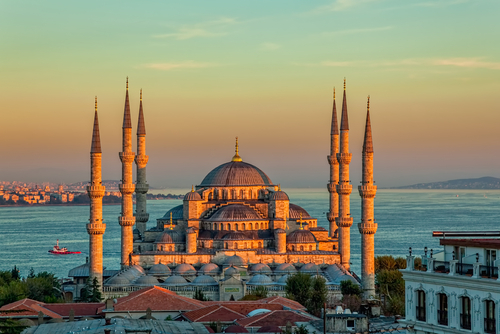 Islam is a severely misunderstood religion. Most people don’t know very much about Islam besides what they see on the news, or that many people in the Mesopotamian area are Muslim. A closer look at this religion and our religion will reveal there are several common threads between the two religions. When we see similarities between our religion and others, it helps build bridges and understanding. It helps us realize how we are often misunderstood as well as how we misunderstand others’ beliefs, even while having good intentions.

1. The Statement of Faith

To join Islam and become known as a Muslim, a believer must profess “There is no God but Allah, and Muhammad is his messenger.” With this statement, adherents also acknowledge the different ways Allah speaks to humans. He communicates through prophets, angels, and the Qur’an. This echoes many beliefs in Mormon theology. We believe God has prophets on the earth who guide us; we listen to general conference every six months to receive counsel and to be taught. We certainly believe angels visit earth to accomplish God’s work; if not for angels we would never have the modern-day blessings of the priesthood and temple blessings. Furthermore, we are consistently told to turn to the scriptures for answers.

Muslims place a heavy emphasis on prayer and its importance. Sunni Muslims stop and pray five times a day and Shi’ite Muslims pray three times a day for a total of about 20 minutes to remember God and the true purpose of life. “These prayers serve as a constant reminder throughout the day to help keep believers mindful of God in the daily stress of work, family, and distractions of life,” according to The Religion of Islam. This again is almost identical to LDS attitudes about prayer. While we do not have designated times to pray during the day, we are commanded to “pray always, and not faint” (2 Nephi 32:9). We are commanded to include God in all of our thoughts, and the ultimate goal of both Islam and Mormonism is to remember God always through prayer.

► You'll also like: What My Muslim Friends Taught Me About Prayer: Surprising Insights from a Mormon

Almsgiving or Zakat is essentially giving tithing. Muslims donate a portion of their money to support their religion. The Qu’ran 31:4 says, “Who establish prayer and give zakat, and they, of the Hereafter, are certain [in faith].” Almsgiving is an important part of Islam, and, “When [Muslims] give alms, they purify their remaining resources for their own use” (Light and Truth: A Latter-day Saint Guide to World Religions, Roger R. Keller 280). By giving a percentage of everything, Muslims acknowledge wealth means nothing and God is the owner of all things (The Religion of Islam). Likewise, we are also commanded to pay tithing and fast offerings. When we pay our tithing willingly, we recognize everything belongs to God and we are the steward over what we have been blessed with.

During the ninth lunar month, Muslims participate in a month-long fast from sunup to sundown. During this fast, Muslims refrain from eating, drinking, and sexual activity. After the sun goes down, the fast is broken with a small meal only eaten during the month of Ramadan. The reasons Muslims fast is almost parallel to what Mormons believe about the personal blessings of fasting: “Muslims fast to purify their soul, it puts a bridle on the most uncontrolled, savage human emotions. . . . Fasting helps Muslims develop self-control, gain a better understanding of God’s gifts and greater compassion towards the deprived” (The Religion of Islam). Likewise, we see fasting as a way to overcome the natural man, “For the natural man is an enemy to God” (Mosiah 3:19). We see it as a way to strengthen ourselves spiritually and to practice bridling our passions.

The fifth tenant of Islam is the Hajj or the pilgrimage to Mecca. Muslims are required to make this journey once in their life. However, exceptions are made for those physically or financially unable to do so. Aside from the spiritual experience and benefit of doing the Hajj, there are many similarities between the Hajj and the temple experience for Latter-day Saints. Both the Hajj and the temple are deeply symbolic. A large majority of the rites during the Hajj call to remembrance stories about Abraham and his son. In the temple, we also remember stories from the Bible about the creation of the world and Adam and Eve. In addition, both Muslim men and Mormons wear simple white clothing to symbolize unity and remove rank and social class. One difference is Muslim women who attend the Hajj wear their native clothing to highlight the diversity of Islam. Only Muslims are allowed in Mecca, just like only Mormons are allowed in our temples because they are considered sacred areas.

While the media often misconstrues Islam, it’s easy to see Muslims and Latter-day Saints believe many similar things. In fact, that’s another thing Muslims and Latter-day Saints have in common, our beliefs are often exaggerated and misinterpreted by the media and misunderstood by many people. As we seek to understand and build bridges with Muslims we can develop a greater understanding and respect for them and even learn some amazing things about how we can better live our religion.