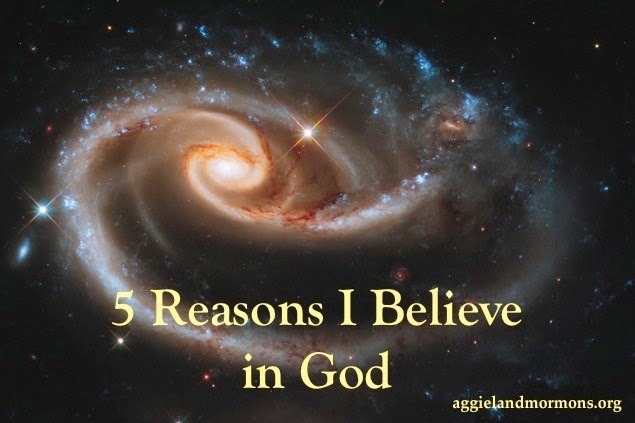 5 Reasons I Believe in God

I was born into a Spanish speaking family who were the descendants of the early explorers (Columbus, Coronado, Balboa, etc.). My parents were Catholic and made sure that all their kids went to confession every week and attended Catechism.

My life changed after being taught by two sister missionaries from The Church of Jesus Christ of Latter-day Saints. It required a major adjustment in my life of smoking, drinking, and Sabbath breaking. I was excited when the missionaries invited our family to the stake center. I was expecting a night of feasting on steaks cooked by the Mormons. There was a lot of feasting, but unfortunately or fortunately, it was on the scriptures. The Church offered me the truths that I had been seeking all my life. I was excited to learn from President Eyring’s grandfather that you did not have to believe anything in the Church that was not true. Brigham Young said that there is no difference between true religion and true science. I had learned early that I could find truths in science and now I had the opportunity to learn the truths of religion.

Below are five reasons I believe in God:

1. I believe in God because new truths have been revealed to me since joining the Church.