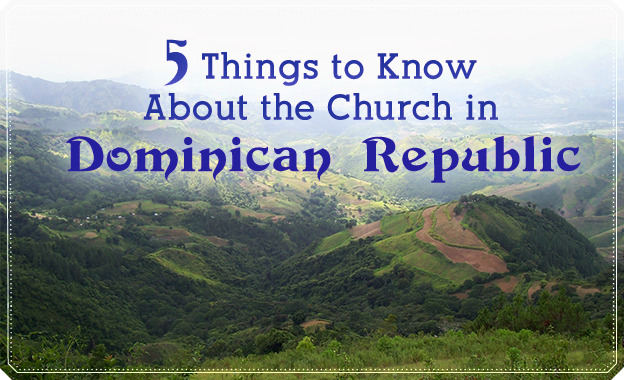 5 Things to Know about the Church in the Dominican Republic

For members of the Church of Jesus Christ of Latter-day Saints in the Dominican Republic, serving the Lord is second nature. Here are just five of the many amazing things that set Dominican Saints apart and inspire us all.

1. The Church wasn't established in the Dominican Republic until 1978, but it has already grown to around 125,000 members!

It wasn't until the Priesthood became available to all worthy males on June 9, 1978 that the Church was officially established in the Dominical Republic. The day after the announcement was made, the Amparo family (baptized in California) returned to the Dominican Republic to share the gospel with their friends and family. Dominicans are already well-known for their faith (their nation's flag even has a Bible on it), so ever since the Amparos returned, the Church has grown at an exceptional rate. Now the country has three missions, a temple, over 125,000 members, and 202 congregations!

In 2009, there were 500 Dominicans serving as full-time missionaries, but there are many more who spread the gospel as member missionaries. Dominican culture is very social, so it's easy and enjoyable for members to go out and share the gospel. Not only do they help full-time missionaries in the area to teach their friends and family, they also independently go out in groups to visit inactive members, less-active members, and non-members in their communities.

3. Youth in the Dominican Republic set a standard of healthy lifestyes for their entire country.

In 2013, Sister Carol F. McConkie and Sister Jean A. Stevens, counselors in the Young Women and Primary general presidencies, along with Elder Claudio D. Zivic of the Caribbean Area Presidency, met with the attorney general's office of the Dominican Republic. The office wanted to work with the Church to promote the development of children and adolescents and prevent them from turning to drugs, violence, and other risky situations. No doubt the office was inspired by the examples of Dominican youth, who unshakably live the Church's standards, even when it means going against cultural habits such as drinking and immorality.

4. Members in the Dominican Republic are "specialists in serving."

The Dominican members do all that they can to keep the faith strong, and often take on multiple callings in their wards and branches. They never hesitate to serve others outside of church, either. Three sisters of the Los Angeles Ward in the San Geronimo Stake once carried a cast-iron bed for over a mile to a sister in the ward who needed the bed for her five children, who had previously been sleeping on the ground. This is only one of countless examples of Dominican members' willingness to serve others.

5.  Dominican members are always optimistic, even in impoverished circumstances.

Over 40 percent of the population in the Dominican Republic live below the national poverty line. Electricity and water are unreliable, and it's often difficult for citizens to find work or get a good education. Infectious diseases, crime, and drugs are also prevalent. But despite all this, members in the Dominican Republic continually praise God and declare todo bien ("all is well"). They persevere against all odds, with a contagious happiness and optimism that inspires all who meet them to look forward with faith.