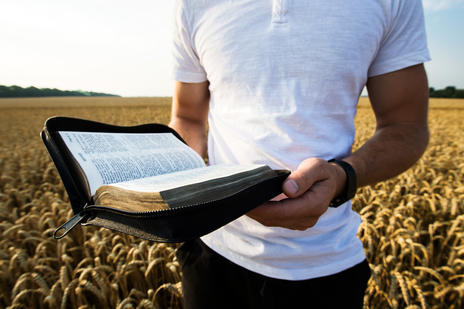 5 of the Most Unique and Uncommon Bible Editions

Which of these Bibles do you find most fascinating?

A number of unique Bible editions and translations offer the faithful uncommon tweaks and extra-added benefits when it comes to reading and studying scripture.

From telling traditional Bible stories through emojis to pinpointing prophetic references to Jesus in the Old Testament, these editions offer up a different way of looking at biblical texts.

Rather than altering content, though, some versions are more focused on delivering a Bible that can survive harsh temperatures or terrain, offering up waterproof products for use in the military and other such rugged endeavors.

Below, learn about just five of the available Bible versions that take an uncommon approach to presenting scripture:

While some people are focusing on illustrating and more deeply highlighting content within scripture, another person recently launched a Bible that is anything but traditional. In fact, it's mainly composed of emoticons.

Titled, "Bible Emoji: Scripture 4 Millenials" (a title that intentionally misspells Millennials for irony's sake), the Bible translation is based on a Twitter feed that has routinely shared scripture via emoticons, The New York Times reported.

The "Bible Emoji," which is now on sale on iTunes for $2.99, also has a translator at BibleEmoji.com that allows users to place text from Bible verses into a tool that will then convert it into an emoticon-driven version.

The "Bible Emoji" hasn't come without its criticism, though, with the editor asking The Huffington Post that his or her name not be publicized, saying that abusive comments from atheists and conservative Christians have created concern.

But the translator said that he or she is hoping that people see the project as lighthearted and fun.

"I hope that they view it as fun. I hope that it has people on both sides go and maybe look for themselves and what’s in the Bible and what it says," the individual told the outlet. "The book has a lot of human history in it, a lot of really good things and also negative things. I hope it helps everyone on both sides of the argument to see it for what it is."