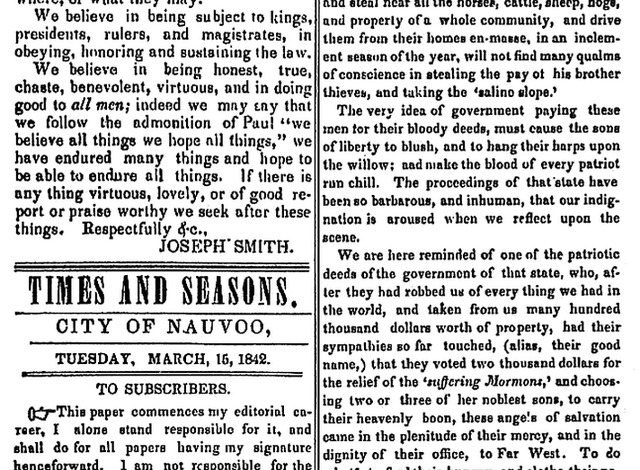 6 Things About the Articles of Faith That Might Surprise You

The brevity of the Articles of Faith sometimes causes us to overlook their significance. How miraculous is it that doctrines as rich and complex as those found within our Church can be summed up in one, over-arching series of statements easy enough for Primary children to memorize?

The power of these declarations leaves no room for doubt—they outline our core beliefs and their influence clearly reveals that they are inspired truths from our Heavenly Father. But, besides their divine origins, how much do we actually know about how the Articles of Faith came about? Here are six lesser-known facts about the history of the Articles of Faith that might surprise you.

As missionary work began intensifying in the early Church, a need arose for a cohesive and comprehensive list of Church doctrines and beliefs. Without one yet in existence, many missionaries wrote their own statements of faith—some of which influenced Joseph Smith's final version of the Articles of Faith. Among the most notable statements of belief were those written by Oliver Cowdery, Joseph Young, Orson Pratt, and Orson Hyde.

One of the earliest appearances of articles of faith was in October 1834, nearly eight years before Joseph Smith's Articles of Faith. The Latter-day Saints' Messenger and Advocate published a list of beliefs of the Church written by Oliver Cowdery which began, " We believe in God, and his Son Jesus Christ. We believe that God, from the beginning, revealed himself to man; and that whenever he has had a people on earth, he always has revealed himself to them by the Holy Ghost, the ministering of angels, or his own voice."

For more on these statements of belief, check out LDS.org.

2. The Articles of Faith were originally written for the editor of the Chicago Democrat.

In 1842, the editor of the Chicago Democrat, John Wentworth, requested a "sketch of the rise, progress, persecution, and faith of the Latter-day Saints." The resulting letter, which came to be known as the Wentworth Letter, was first published in an LDS newspaper, Times and Seasons. This letter provided not only a brief historical overview of the early days of the Church and Joseph Smith's life, but also contained a concise summary of the principles of the Church—a list of beliefs that later came to be know as the Articles of Faith.

3. Since their original publication, changes have been made to the Articles of Faith.

Since their original publication in March 1842, minor edits have been made to the fourth, fifth, sixth, tenth, and eleventh Articles of Faith. For example, in the version of the Articles of Faith that appeared in Times and Seasons published on March 1, 1842, the fourth article of faith reads, "We believe that these ordinances are 1st, Faith in the Lord Jesus Christ . . ." In later publications, the clarifying statements "the first principles and ordinances" and "of the Gospel" were added.

The tenth Article of Faith underwent a similar evolution, receiving minor additions that clarified, but did not alter, Joseph Smith's original meaning. The phrase, "That Zion will be built upon this continent," was later changed to, "that Zion (the New Jerusalem) will be built upon the American continent."

4. Church members would often add their own embellishments to the Articles of Faith.

After their publication, the Articles of Faith quickly spread throughout the Church—and even among those outside of the Church. But with the spread of the Articles of Faith came certain additions from publishers. For example, in 1950 the Frontier Guardian (for which Orson Hyde was an editor) published the 14 Articles of Faith, adding a whole extra point which reads, "We believe in the literal resurrection of the body, and that the rest of the dead live not again until the thousand years are expired."

In addition, the Frontier Guardian listed five, not four, "principles and ordinances of the Gospel" in the fourth Article of Faith, the fifth being the "Lord's Supper." And, in what should have been the final Article of Faith, the publishers added "Everything virtuous, lovely, praiseworthy, and of good report we seek after, looking forward to the recompense of reward; but an idle or lazy person cannot be a Christian, neither have salvation. He is a drone, and destined to be stung to death and tumbled out of the hive."

5. The Articles of Faith were not officially adopted until 1890.

Though widely spread and accepted by members of the Church, the Articles of Faith were not standardized and officially adopted until October 6, 1890. At that time, the Latter-day Saints voted in general conference to adopt the Articles of Faith—as they appeared written by Joseph Smith—as a guide of faith.

The Articles of Faith are not "a complete code of faith."

The Articles of Faith gained more notoriety with James E. Talmage's publication of Articles of Faith in 1899—a series of elaborations on these fundamental truths within our religion. While Talmage held the highest degree of reverence for these simple and sacred statements of belief, he acknowledged that Latter-day Saints "announce no such creed as a complete code of faith; for they accept the principle of continuous revelation as an essential feature of their belief" (Articles of Faith).

This statement provides one of the most beautiful and profound recognitions of the Articles of Faith—that they provide a unifying understanding of our basic beliefs while still allowing for growth and for our own personal convictions received through revelation. 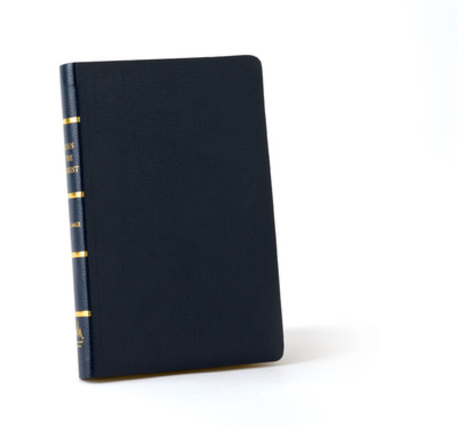 For clarity, brevity, and forthrightness, there is no finer summary statement of the basic beliefs of Latter-day Saints than the Articles of Faith, which were written by Joseph Smith. These statements of belief served as the outline for a weekly theology class taught by Elder James E. Talmage (prior to his call to the Twelve) in 1893 and 1894. The content of these lectures was formally committed to writing and published in 1899 under the title Articles of Faith. This inspiring and thought-provoking work, long considered a classic in Mormon literature, is now available in a beautiful, soft-leather edition.