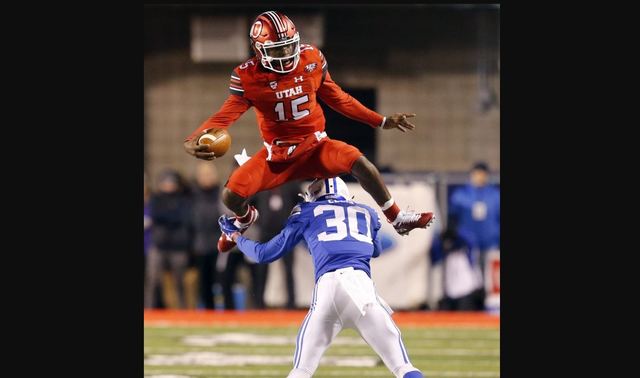 The following story originally ran in September 2017 but has been updated.

I grew up in a divided home—my mom went the BYU and my dad to the U of U. When it comes to rivalry games or discussions with extended family members, things always get interesting. No one can agree and a lot of smack talk and teasing circulates in our family. So when it comes to the jokes, the stats, the painful "holy war" history, I've heard it all.

And yet, there's always a few facts on both sides of the rivalry that each side chooses to ignore or justify away, without success. So I decided to create a mini-series showing the facts about both BYU and the U of U that make these schools unique, because when you get down to it both are great schools, and no one can argue against that.

Here are just a few facts about the U of U that BYU fans choose to ignore:

► You'll also like: 6 Things About BYU That U of U Fans Try to Ignore

Brigham Young only helped establish one school during his life time, and it sure wasn't BYU.

Okay, so the U was called the University of Deseret at the time, but Brigham Young still played a crucial role in its creation.

More prophets have attended the U of U than any other school.

And we can boast quite the number of apostles who got their degrees here too. One even played for our team.

We have the largest public LDS Institute in the state.

So no, BYU fans. We’re not the drunken heathens you imagine us to be.

Our mascot can’t be confused for an old woman who hits on young men.

Though we'll give it to you, Cosmo is a pretty cool name.

These pros played for the U.

► You'll also like: The Miracles That Led a Homeless Delinquent to Become a Latter-day Saint NFL Player

We’ve never lost a football game to BYU this decade.

Yep, since 2010 we've won eight straight games. Maybe even nine after this week.