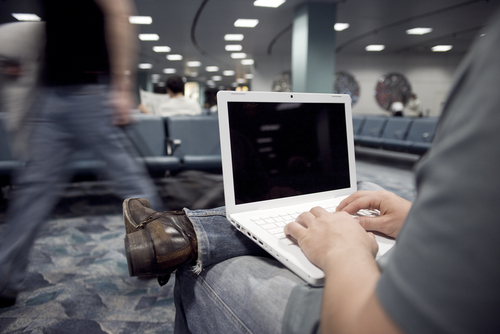 6 Ways We Can Become More Like Our Hero, Jesus Christ

Amy Willoughby-Burle is a devout Christian mother and a writer. Check out her new book, The Lemonade Year, at Deseret Book stores or on deseretbook.com.

Remember that essay we all wrote at some point in our lives with the prompt Who is your hero? It’s a great writing prompt, and I wouldn’t be surprised if you wrote about it more than once—and if your hero changed as you matured.

I don’t remember who I wrote about, but there’s a good chance I wrote about my mother or father or whoever was my favorite author at the time. In short—not just people who I wanted to be like but people who had such an influence in my life that I couldn’t help but emulate them.

I want more than anything to feel God’s presence in my life. I want to know that He is with me. I want to be just like Him. If our hero now is Jesus Christ and we want to see His influence in our lives, we certainly can. Here are six easy ways to start.

1. We can spend time with Him

We’re starting off with an easy one, right? We’re not influenced by people with whom we spend no time. If you want to see God’s influence in your life, hang out with Him more. Join His book club—they’re reading the scriptures.

Talk with Him, not just to Him. We don’t want to be that person who won’t let a friend get a word in edgewise, right? Sure, God already knows what you have to say, but He still likes to be in conversation with you. He loves to hear you talking to Him, but He also has something to say—something we need desperately to hear. We need to make sure that we’re listening more than we’re talking.

Even Jesus went off in quiet to talk with God. In particular, in Gethsemane, before Jesus was arrested. It was certainly the influence of God that kept Jesus from just ending His prayer and disappearing into the night. He certainly didn’t have to stay and suffer such a horrible death for us. He offered His prayer of desire to God, but He ended it by leaving things in God’s hands. “And he went a little further, and fell on his face, and prayed, saying, O my Father, if it be possible, let this cup pass from me: nevertheless not as I will, but as thou wilt” (Matthew 26:39).

2. We can see the hearts of others the way God sees them.

That’s different than just forgiving. "Father, forgive them; for they know not what they do" (Luke 23:34). Think about those words. He didn’t say, "Forgive them for this sin they commit in knowledge." He feels sorrow for them because they don’t know the magnitude of what they did. That’s powerful. Do we see others as God sees them? Or do we just excuse their sin and offer a word of forgiveness? "You’re so awful, you couldn’t help it. I guess I’ll forgive you."

Thankfully, that’s not what God does. He sees the heart of man. God can still see the good person through the sinful deed. I’m certainly thankful for that. A wonderful way to see God’s influence in your life is to practice seeing people the way God sees them. It might be a struggle at first—we’re quick to make judgments—but the more you put those away and seek the soul of the person in front of you, the easier it is for your eyes to see their heart. We call it the benefit of the doubt, but that still means that we’re weighing the facts and if in doubt, erring in their favor. God knows without a doubt what we did, but He doesn’t use that knowledge to determine whether we receive His love and grace. It's a practice we can also learn to incorporate.

Learning to see the heart of man leads to the action we take once we can see what God sees. When we show mercy and act out of grace, we’re putting that influence into direct use. Now, we’re not the only ones seeing God’s influence. Everyone we meet has the chance to see Him, too. That’s what we aim for, isn’t it—that others will see God in us, that through our deeds they will see His glory.

His influence calls us to hold our tongue and reach out our hand. Remember that saying that became so trendy it ended up on t-shirts and jewelry: WWJD (What Would Jesus Do)? When faced with an option of how to act or react, it called us to be aware of who we represented. It caused us to ask whether we were influenced by Him or not. Let's continue to remember it.

As you look for ways to show mercy and grace as situations are set in front of you, think of service as the opportunities that you seek out. When you see your fellow man more like God does, service ceases to become an obligation and instead becomes a source of joy. We should delight in serving others just as God delights in serving us. Wow, now we’re talking about something so glorious that it brings tears to my eyes. My Lord, my God, thrills in serving His people? It’s almost too much to grasp. We see this when Jesus washed the feet of His disciples. He was serving them—“Even as the Son of man came not to be ministered unto, but to minister, and to give his life a ransom for many” (Matthew 20:28)—but he was also teaching them. “If I then, your Lord and Master, have washed your feet; ye also ought to wash one another’s feet. For I have given you an example, that ye should do as I have done to you” (John 13:14-15.).

We are not here for ourselves. We can see the immense influence of God when we act like He does—when we put aside ourselves to help our fellow man.

Even Jesus gave glory to God. He could have had people waiting on Him hand and foot. He could have come into town with His entourage, demanding the best room at the inn, ordering elaborate feasts set out for Him, and even charging handsomely for His miracles. Instead, we see many times in the Bible when Jesus instructed people not to tell anyone how they were healed, or to keep quiet that He had come into the city. This was not so that no one would know the glory of God. I believe it was because Jesus didn’t want the paparazzi, so to speak, to meet Him at the gate and call attention to Jesus the man. Jesus our Lord had His own time and was trying to work in His own way so that everything He did glorified His father, not Himself. He even asked “Why callest thou me good? there is none good but one, that is, God” (Mark 10:18). If Jesus gave the glory to God, we should too—in everything and for everything.

This is one of my personal favorites. “A new commandment I give unto you, That ye love one another; as I have loved you, that ye also love one another” (John 13:34). Okay, let’s sit down and take a breath on this one. Love like Jesus loved. Whoa. He’s talking about sacrifice of self for the good of others. Love with no limits, no strings, no “three strikes, you’re out.” Thank God for that love, but what a call to action that is. What a call on the influence of God in our lives to obey it. But does that make it hard to do? Is it hard to be kind, to show compassion, to put others before ourselves?

Surprisingly, no. Not when we’re looking to the face of God for our influence. Not when Jesus is our hero. Like anyone whose influence we graciously bow to, we study Him, we try to emulate Him, we sing His praises. Everywhere we look, there He is. In everything we do, there He should be, too.
I pray that the influence of God will open my eyes, soften my heart, and guide my actions to love and serve others so that in everything I do, He is glorified. God bless you.

Read more from Amy Willoughby-Burle in her new novel, The Lemonade Year.

Nina's once-sweet life has unexpectedly turned sour. Her marriage is over, her job is in jeopardy, and her teenage daughter is slipping away from her. Then her father dies and issues with Nina's mother come to a head; her estranged brother, Ray, comes home; and her sister, Lola, is tempted to blow a big family secret out of the water. They say the truth will set you free, but first it will make a huge mess of things.

All Nina has left is her final photography assignment shooting images for the book 32 Ways to Make Lemonade. Well, that and the attention of a younger man, but Oliver's on-again-off-again romantic interest in her ebbs and flows so much she is seasick. And then Jack, her ex-husband, shows up, wanting to get back together.

As Nina struggles to find a way through her complicated relationships and to uncover her true path, she discovers just how valuable a second chance at life and happiness can be.