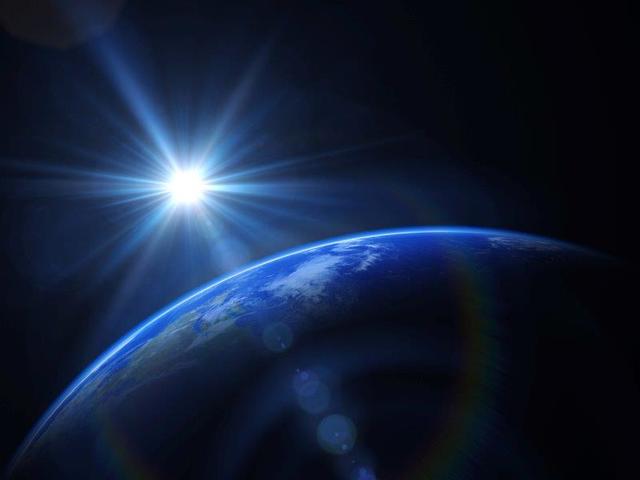 7 Things That Still Need to Happen Before the World Ends 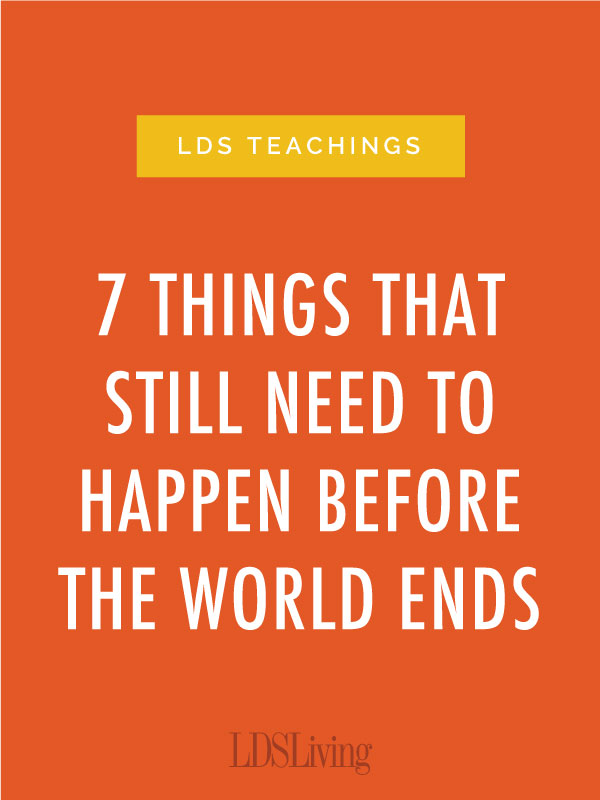 This seems to happen in a cycle, about every 30 or 40 years. I remember very well attending the October 1972 general conference and hearing President Harold B. Lee chasten and warn the holders of the priesthood about paying too much attention to what he called “loose writings” among them, cautioning us against jumping on every bandwagon and attaching ourselves to every eschatological craze, assuring us that we did not need to stress over “the coming crash” of our economy or our society.

Only weeks before he died, President Lee spoke to the students at Ricks College (now Brigham Young University-Idaho) and said: “Men may fail in this country, earthquakes may come, . . . and hardship, but this nation, founded on principles laid down by men whom God raised up, will never fail. . . . This is the place of the New Jerusalem. . . This is the place . . . where the Savior will come to His temple. This is the favored land in all the world. Yes, I repeat, men may fail, but this nation won’t fail.” President Lee then beckoned: “I plead with you not to preach pessimism. Preach that this is the greatest country in all the world. This is the favored land. This is the land of our forefathers. It is the location that will stand despite whatever trials or crises it may have to pass through” (Ye Are the Light of the World, Deseret Book, 1974, 350-51).

That’s still pretty wise counsel. For some strange reason, however, too many of us too often and too easily have our heads turned and our attention drawn to the sensational. In much the same way that our society tends to flock to movies or other forms of entertainment that are loud or violent or that prey upon the lowest instincts of human nature, so there are Latter-day Saints who are always scurrying about in preparation for some new trauma in society—some feared tragedy that is about to strike the earth. Why do we fall for such stuff when in fact we have prophets and apostles who have been charged to direct the destiny of the Church of Jesus Christ in these last days? It was the prophet Amos who declared that the Lord would do nothing that He would not make known to and through His prophets (Amos 3:7). It was to a small group of men who would be called to the first Quorum of the Twelve Apostles in this dispensation that this significant word came: “And unto you it shall be given to know the signs of the times, and the signs of the coming of the Son of Man” (D&C 68:11; emphasis added).

My point is this: if the Lord Jesus Christ will be coming in a short while, wouldn’t His anointed servants be given some divine direction to help prepare the members of the household of faith for that great and terrible day? That the Brethren today seldom talk about this subject is a powerful affirmation that we need not panic about some impending doom or be too excited about the imminent return of the Savior.

There are many, many things that must take place before Jesus Christ returns to earth to reign as King of Kings and Lord of Lords. The Second Coming will not take place next week or next month! While you and I certainly desire to be ready and fully prepared for His coming, we should not allow ourselves in the meantime to be ensnared by the newest faith-promoting rumor or to be caught up in the next spiritual fad. So what are some things that must take place before Christ begins to reign on planet earth?

1. The gospel needs to be preached to every part of the world.

“This gospel of the Kingdom shall be preached in all the world, for a witness unto all nations, and then shall the end [of the world] come, or the destruction of the wicked” (Joseph Smith-Matthew 1:31). The Church has made tremendous strides in spreading the message of the restored gospel, but there are many, many untouched areas in the world, and not a few formidable frontiers that will require the hand of divine Providence before we are permitted to preach the restored gospel. President Gordon B. Hinckley counseled us: “If we will go forward, never losing sight of our goal, speaking ill of no one, living the great principles we know to be true, this cause will roll on in majesty and power to fill the earth. Doors now closed to the preaching of the gospel will be opened. The Almighty, if necessary, may have to shake the nations to humble them and cause them to listen to the servants of the living God. Whatever is needed will come to pass” (Conference Report, October 1997, 92).

2. Congregations of saints must be found all over the earth.

“And it came to pass that I beheld the church of the Lamb of God, and its numbers were few, because of the wickedness and abominations of the whore who sat upon many waters; nevertheless, I beheld that the church of the Lamb, who were the saints of God, were also upon all the face of the earth” (1 Nephi 14:12; emphasis added). “This pertains to a day yet future,” wrote Elder Bruce R. McConkie. “The Saints of the Most High are not yet, as a people and with organized congregations, established upon all the face of the earth” (The Millennial Messiah: The Second Coming of the Son of Man, Deseret Book, 1983, 55). In a general conference address he observed: “We see the Lord break down the barriers so that the world of Islam and the world of Communism can hear the message of the restoration; and we glory in the fact that Ishmael—as well as Isaac— and Esau—as well as Jacob—shall have an inheritance in the eternal kingdom” (Conference Report, April 1980, 98).

3. Baptisms for the dead need to take place in the Holy Land (Jerusalem).

“It is ordained that in Zion, and in her stakes, and in Jerusalem, those places which I have appointed for refuge, shall be the places for your baptisms for the dead” (D&C 124:36; emphasis added). At this point in time, we are not even in a position to conduct missionary work in the Holy Land, much less to build a temple and conduct baptisms for the dead. The Lord must first open the doors in that blessed land to the message of salvation, in order that the following prophecy may be fulfilled: “And then also cometh the Jerusalem of old; and the inhabitants thereof, blessed are they, for they have been washed in the blood of the Lamb” (Ether 13:11; emphasis added). That is, they must first hear and accept the message, be baptized by proper authority, receive the gift of the Holy Ghost, and unite with local Latter-day Saint congregations. In speaking of the Jews, Jacob, brother of Nephi, reminded his people that Jehovah had spoken to the Jews “by the mouth of his holy prophets, even from the beginning down, until the time comes that they shall be restored to the true church and fold of God” (2 Nephi 9:2; emphasis added).

► You'll also like: End of the World? What President Packer Said About It

Just as the scriptures teach us that the Second Coming of the Lord will be "at midnight" (Matthew 25:6), so the signs of the times teach us that "midnight" is close at hand. In Living in the Eleventh Hour, author Robert L. Millet points our minds and hearts toward the future—to the glorious day that lies ahead. This encouraging work not only assists us a Latter-day Saints to recognize and better understand the signs of the times but also reminds us of our individual responsibilities as we prepare ourselves and the world for the much-anticipated return of Jesus Christ. Now available at Deseret Book stores and deseretbook.com.