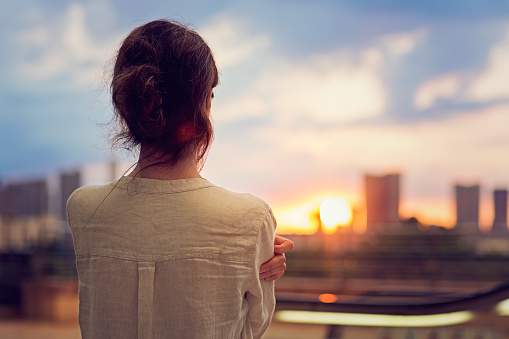 As a master of deception, Satan uses many tactics to lead many away from the gospel, including Latter-day Saints. Here are a few tactics he uses to deceive and lead away members of the gospel.

Satan is the father of lies and deception. He has many titles including the cunning one. Satan is master of language and convincing. After all, he was able to sway a third of the host of heaven to follow him. Whereas we do not normally study Satan it is wise to learn the tactics he is using against the Saints! President Ezra Taft Benson taught in General Conference:

“A study of Satan’s methods can alert us to his seductions.”
Ezra Taft Benson

With that as the context, let’s take a look eight anti-Mormon tactics that Satan uses to attack the Latter-day Saints so that we can resist them!

One of the biggest misconceptions about Satan is that he always tells bald face lies. Lies that are 100% untrue. But Satan is far wiser than that. Satan’s most powerful lies are the ones where he mingles with lies with something that is true. Like in Genisis 3:3-4 when Satan tempted Eve to eat the forbidden fruit, he told Eve, “Ye shall not surely die” (lie) but “ye shall be as gods, knowing good and evil” (true).

His goal is to keep us from understanding the truth. What is truth? The Lord explained in the Doctrine and Covenants as the following.

24 And truth is knowledge of things as they are, and as they were, and as they are to come;
25 And whatsoever is more or less than this is the spirit of that wicked one who was a liar from the beginning.
D&C 93:24-25

Satan is always trying to deceive us, even if he must use something that is true, but wrapped in a lie as bait! Just like a skilled fisher wraps a hook with a fly, Satan will try to give you part a half truth wrapped in a lie.

“Lucifer is a clever and cunning intelligence. One of the main methods he uses against us is his ability to lie and deceive to convince us that evil is good and good is evil . . . Satan and his minions have their lures all around us, hoping that we will falter and take his flies so he can reel us in with counterfeit means.”
M. Russell Ballard

“Irrelevant appeals attempt to sway the listener with information that, though persuasive, is irrelevant to the matter at hand.” Source.

This is by far the most successful of Satan’s tactics. Satan is trying to distract, detract, and destroy us with irrelevant facts.

An example, the truth is, “You are a spirit child of Heavenly Father, you have inherent value.” Satan would whisper, “You are fat. You are single, no one wants you. Or you are too short/tall.” Whereas these irrelevant appeals might be true, they detract from the truth and therefore they are a lie of Satan. Satan is a master liar, he uses irrelevant appeals masterfully.

He uses them against the Church all the time. When someone testifies that the Book of Mormon is true, Satan will say “But Joseph used a seer stone in a hat!” And? What does that have to do with where or not it is true? It is an irrelevant appeal.  It is a distraction.”The Church is true.” “But Brigham Young said….” Once again, saying something that is true, but irrelevant, detracts from the truth and is a lie.

If Satan can distract us from the fact that A is true, getting us to focus instead on B and C, he can get us to undermine our own testimonies. Never let something distract you from your own testimony!

“Satan has a powerful tool to use against good people. It is distraction.”
Richard G. Scott

Read the rest of this story at mylifebygogogoff.com

Mormon Life Satan MormonsSatan,Mormons,Mormon Life
Comments and feedback can be sent to feedback@ldsliving.com