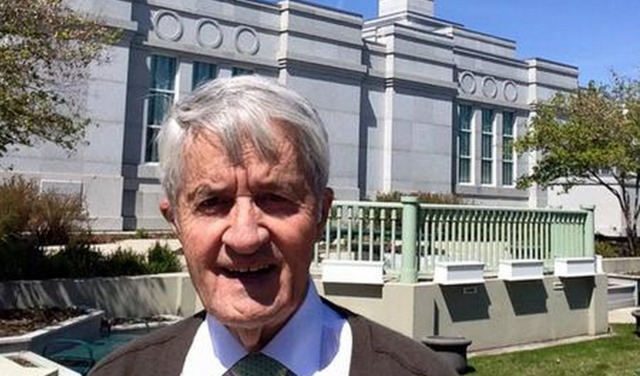 MR says: What an incredibly inspiring journey! Calvin Goulding is proving that you're never too old to set out on a spiritual adventure.

There are few things 84-year-old Calvin Goulding enjoys more than driving and attending LDS temples. So when his wife died in August 2014 after a long struggle with kidney failure, the Sandy resident decided to visit every operating LDS temple in the United States and Canada, documenting his journey through selfies along the way.

Driving 22,000 miles in six months took a toll on his 2004 Dodge Caravan, and planning around the schedules of 77 temples was tricky, but Goulding, a member of The Church of Jesus Christ of Latter-day Saints, was undeterred and recognized divine guidance throughout his journey.

"I’m a determined old guy, so if I want to do something, I usually get it done," Goulding said.

During their 57 years of marriage, Goulding and his wife, Anne Marie, served missions in Mexico and Uruguay and participated in the Hill Cumorah Pageant. Goulding also served as an ordinance worker in seven LDS temples.

Goulding was inspired to plan his cross-country adventure shortly after Anne Marie died.