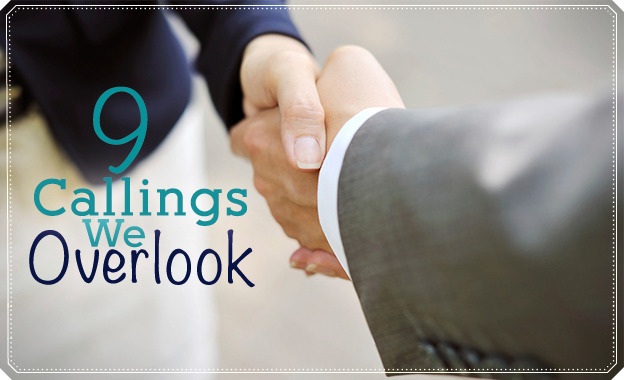 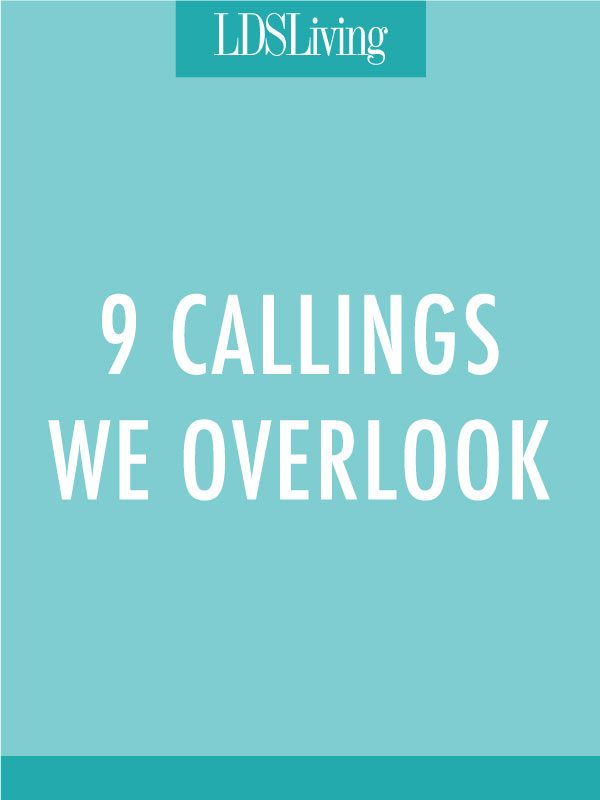 There is a quote I love from Lord of the Rings: “Such is oft the course of deeds that move the wheels of the world: small hands do them because they must, while the eyes of the great are elsewhere.”

Sometimes I feel like we have a tendency to express appreciation for a handful of "great" callings in the Church that have a lot of visible work, while countless "small" callings quietly move the work of the gospel forward without much recognition. I first noticed this when I was called as the Relief Society chorister shortly after moving into a new young single adult ward my second year of college. It was a calling I accepted, but I also felt a little discouraged about it because it wasn’t as involved as some of my previous callings had been. I determined to do my best with it though, and ended up enjoying picking songs each week and smiling at those who looked discouraged while I lead the music. Only a few months into this calling, I was shocked to be called as the Relief Society president, and even more shocked to find out that my efforts as a Relief Society chorister had been very much noticed by my Bishop. It wasn't very long before I really started appreciating my previous calling as a chorister and all the “small hands” that helped the ward run smoothly—there are certainly a lot of them:

Some of our readers also pointed out the hard work of employment and welfare specialists and YSA representatives who aid members with physical needs. Likewise the organists, pianists, and choristers who put in a lot of time practicing or learning songs from the hymn book and Primary Children's Songbook.

All of these often-unrecognized callings have a similar function and importance to the small, hidden cog wheels in the back of a clock that allow all the pieces to function and move the visibile hands of the clock face to move forward. Don’t underestimate the reach and power of your calling—no matter what it is, give it your best effort. The Lord depends on us to complete the smaller tasks so they can work together for a bigger one. And He appreciates any effort you make, even if you feel it goes unnoticed in your ward.

So here’s a great big shout-out of thanks to all those members who quietly, and faithfully, move the cause of the Church forward as they serve in those callings we often take for granted.

Since not every ward has the same callings, we want to hear from you! What are some callings in your ward that deserve an extra shout-out of thanks? Tell us in the comments below.