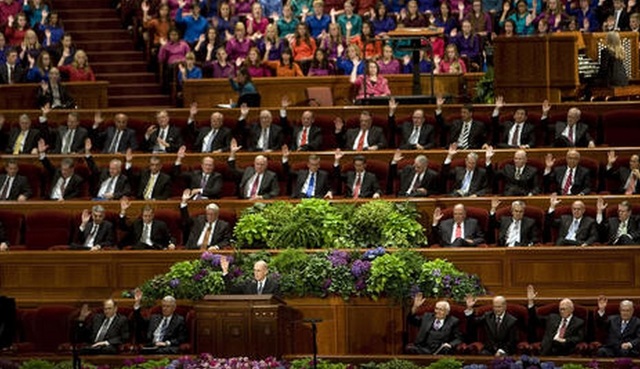 A Trait We'll Likely See in Our New Apostles

MR says: Conference is going to see a lot of changes for the Church this weekend, including the calling of new apostles and general authorities. Here's one thing that these new leaders will probably have.

Calling Multiple Apostles: What You Need to Know.

Most everyone knows that new apostles will likely be added to the Quorum of the Twelve Apostles this weekend during The Church of Jesus Christ of Latter-day Saints' general conference.

They could be doctors or lawyers. They could hail from Paris, France, or Paris, Idaho, be young, old, rich, poor, short or tall.

But I’m pretty sure they will share one personality trait — the “common touch.”

I don’t know if that’s a requirement to be an apostle. I just know I’ve never met one who didn’t have it.