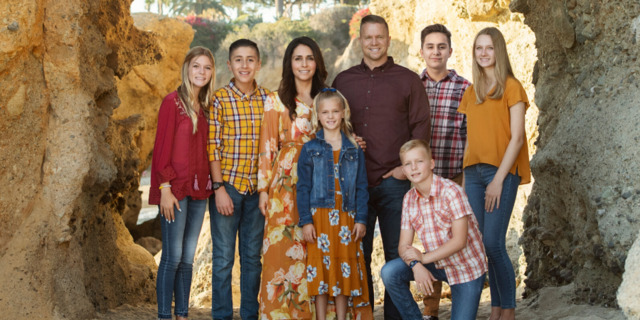 After Divorce, How 1 Man Learned Finding Happily Ever After Takes Time

When we are confronted with a big decision in our lives—many times the first thing we do is pray for an answer. When we receive personal revelation or confirmation on the matter, we can move forward knowing Heavenly Father is supporting us.

But how do you cope when everything does not go according to plan—even when you received confirmation?

When Scott Sonnenberg began to consider marrying the girl he was dating, he prayed and received confirmation. Sonnenberg moved forward with the relationship and got married. Fast forward years later, Sonnenberg’s marriage ended with signed divorce papers.

Sonnenberg began to question as to why he received revelation when the relationship would eventually fail. The answer he received: “Just be patient.”

“My question was, why? Why did this happen? I felt like I was doing everything right and being a good father and husband and priesthood holder. And I just, I had a hard time with that. You know, and I didn't understand it at the time. And I didn't get an answer right then and there. I think the only thing that kept coming to my mind was be patient. Just be patient.”

In this week’s episode, All In host Morgan Jones talks with Scott Sonnenberg about trusting in the Lord’s plan and learning to have hope even when a forever family seems out of reach.

Morgan Jones:  I want to talk a little bit more about that spirituality. I think it's important to talk about some of the ways that something like this affects one's faith. And the thing that I always think—I'm not married—but I always think if I were in that situation, I think I would struggle with thinking, you know, why didn't God stop me? Or why did I feel good about marrying this person? Because we're a people that seek confirmation from God. And I thought it was interesting in your email to me, you mentioned that you're preparing a stake conference talk on personal revelation. So what have you learned about answering those questions like why doesn't God stop us from going through hard things? Or why do we feel good sometimes about things that end up not working out?

Scott Sonnenberg: Well, that was a question I really, really struggled with during the divorce. I remember very distinctly, we were living in San Jose and I went to the temple. I was fasting that day. I went to the Oakland temple, went through a session and sat in one of the sealing rooms and offered up just a heartfelt, sincere prayer asking if this is the person I should be sealed to. And I received a definite yes. Without a doubt, I knew it. And so, I went home later that day, and my wife, we talked about it, and we started making plans. And then I proposed a little bit later. And so, fast forward all these years later, leaving the courthouse following the divorce, the first place I went to was back to the temple. Of course, this was in Chicago, and I sat there in the temple. And my question was, why? Why did this happen? I felt like I was doing everything right, and being a good father and husband and priesthood holder. And I just, I had a hard time with that. You know, and I didn't understand it at the time. And I didn't get an answer right then and there. I think the only thing that kept coming to my mind was be patient. Just be patient. There's the talk from Elder Hugh B. Brown—again, I love listening to these old talks—Elder Hugh B. Brown gave a talk called "[God Is the] Gardener." And in that talk, he talks about this bush that was chopped down and 'How could you chop it down? He was growing, and it was thriving.' But then, you know, the gardener knew that it would be best to chop it down because if it did, then it would grow and reach its full potential. And that talk continued to ring in my mind, as well. I didn't know what my full potential was at that time. Now here we are six years later, and I can see that everything happened for a reason. Everything absolutely happened for a reason, and I received—to go back a little bit—I received a blessing shortly after my divorce from a very close friend of ours, someone who had known me all growing up. In that, he told me that, you know, and of course, I'd gone on to be sealed to my companion, but in that he said that the Lord had a purpose for me. And after that blessing, he pointed out the fact that this is how it was always meant to be, don't question that. The fact that I went through the divorce, and ended up with my eternal companion, the companion I have now, we were sealed in Nauvoo. You know you think, well, how can that be? You know, certainly the Lord doesn't expect you to get married just to be divorced. But I had full faith and confidence in the fact that this was the Lord's plan for me. And I can say that now because of how my life is right now and how happy I am and I know what a healthy marriage feels like and a good home. But it took time. And I think that's what people need to understand is it takes time to get to that point. And so the only thing that came out of the temple shortly after my divorce is just be patient. Just be patient. And in time, it'll become more clear and now it has become more clear.

Divorce All InDivorce,All In,
Comments and feedback can be sent to feedback@ldsliving.com