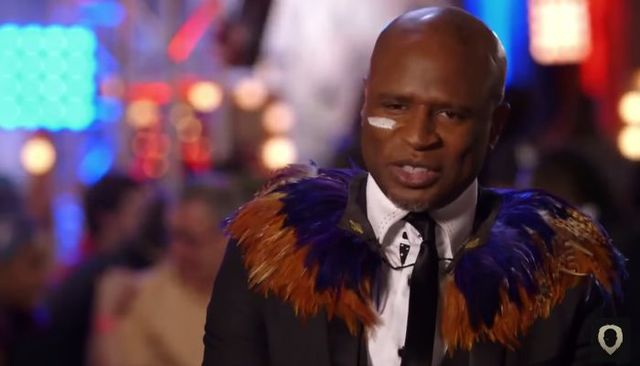 MR says: Following a stellar audition in June that got all of the judges talking, Alex Boye and his band got some bad news after their most recent performance.

In June, Alex Boye blew away the America's Got Talent judges with an Africanized version of Taylor Swift's popular song "Shake It Off," replete with lots of fun dance moves thrown in by Boye and every member of his accompanying band. Howie Mandel praised the performance, saying in his six years as a judge, Boye was his “favorite music act ever.”

In that episode, Boye explained, "My dream is to absolutely slay it with these incredible people, win our own Vegas show, and everyone coming to see us every single day, every single week, and we put a smile on their faces."

But, after his most recent performance, it looks like Boye's dream has come to an end—at least on America's Got Talent. Boye's band played their own version of "Uptown Funk" which left the judges with mixed responses.

"The power and the energy that was coming off that stage was undeniable," Judge Mel B said, but added that the whole performance felt "under-rehearsed."

Howie Mandell didn't even comment on the performance, saying instead, "Alex, you know that I am a huge fan of yours and I wish you the best of luck."

Before the performance, Boye talked about his 15 years as a performer, saying,  “It’s definitely been a struggle. So, I’ve got to step up now. I’ve got to bring so much more than I did before. Our goal is to perform on this stage like it is the last time we are ever, ever gonna perform, ever again.”

Unfortunately, those words came to fruition for Boye and his band on that particular stage. Of the 20 bands that performed that night, only seven acts were sent on in the competition. Though Boye and his band weren't among them, we look forward to seeing what future endeavors they pursue.

For related reading, check out 18 Mormons on Reality TV Who Stood for Their Standards or 9 Mormons with Millions of YouTube Followers.