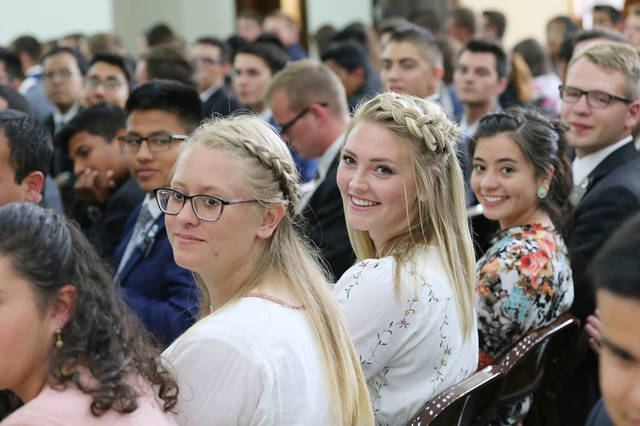 Sitting on the front row in a room full of missionaries gathered to listen to an address by Brother Brian K. Ashton, who was then serving as second counselor in the Sunday School general presidency and vice president of field operations for BYU Pathway Worldwide, a young Filippino sister suddenly pumped her fist and loudly exclaimed, "Yes!"

The room was buzzing with excitement but she was the only one who yelled out her excitement, Brother Ashton said, recalling a recent visit he made to the MTC in Manila, Philippines. During his address to the missionaries, Brother Ashton told the missionaries that, thanks to a new initiative from BYU-Pathway Worldwide, they would be pre-approved to enroll in a program that would help them work toward earning educational certificates or bachelor’s degrees following their missions.

As a result of the recent approval for virtual gatherings worldwide, BYU-Pathway Worldwide and The Church of Jesus Christ of Latter-day Saints have announced a new initiative to help missionaries who have served the Church from around the world.

In a letter sent to all mission presidents and General Authorities of the Church, BYU-Pathway and the Church's missionary department announced that all young missionaries, including service missionaries, serving in any capacity and for any length of time, will be pre-approved for admission to BYU-Pathway Worldwide’s PathwayConnect program — a one-year program designed to help students learn to succeed at university studies and prepare them to continue on to earn certificates and a bachelor’s degree.