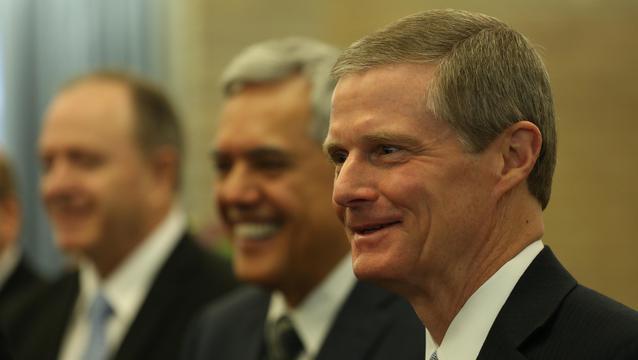 Approximately 400 women who hold lay leadership positions in the Church’s youth groups, children’s programmes (known as Primary) and women’s organization (Relief Society) throughout Victoria met in Heidelberg on Saturday. Others joined via webcast from country areas of Victoria and Tasmania.

Discussion focused on the question: “What manner of men and women ought we to be?” — based on a talk delivered by Elder Robbins in April 2011, in which he considered the distinction between “doing” and “being” in the quest to become better Christians.

Mother-of-three Michelle Linley — a practice manager and Latter-day Saint lay leader who oversees youth programmes in one the Church’s congregations in Melbourne — noted that through the open and interactive format of the meeting there was much practical wisdom shared by many present through their questions and input.