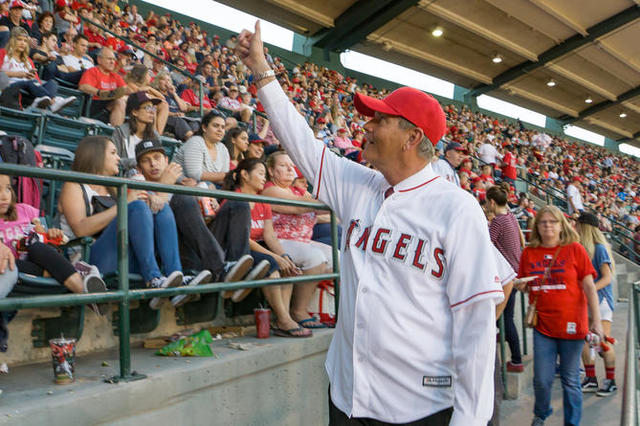 The Los Angeles Angels of the MLB have two minor league farm squads in Utah (the Salt Lake Bees and the Orem Owlz), so many Latter-day Saints cheer for the team. On Friday, July 15th, Mormons got another reason to root for the Angels—Elder Gary E. Stevenson.

Elder Stevenson threw out the first pitch before Friday's game between the Angels and the visiting Chicago White Sox for the team's annual "Mormon Night" (the Angels won, 7-0). Unlike many who deliver the ceremonial strike, Elder Stevenson threw his pitch from the top of the mound—a distance of over 60 feet. 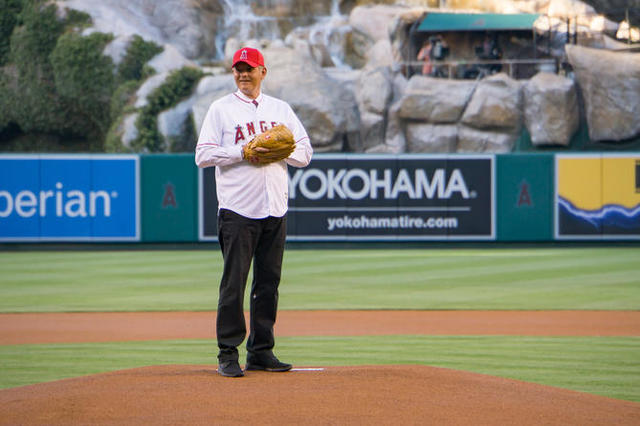 Roughly 2,500 Mormons were in attendance for the celebration, including Area Seventy Ruben Acosta. The Angels also recognized many LDS youth from the Orange County area for various accomplishments, and others were involved in the mid-inning festivities and even got the chance to be bat boys.

[Photos from the Deseret News]