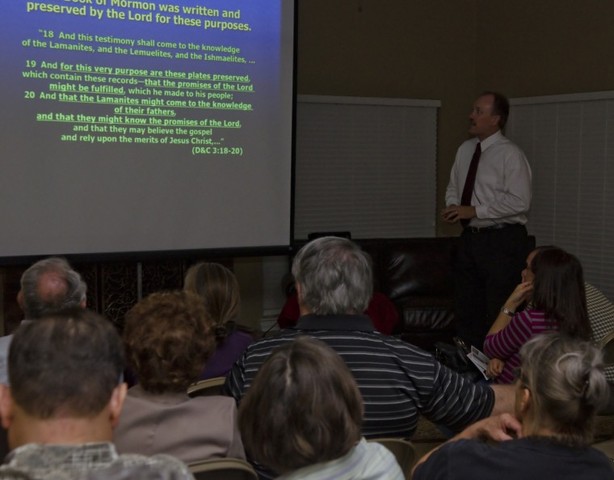 tah native Rod Meldrum was walking toward the Salt Lake City Conference Center for The Church of Jesus Christ of Latter-day Saints in 2003 when a huge banner bearing a bold message caught his eye: “DNA PROVES THE BOOK OF MORMON IS FALSE.”

Meldrum, a third-generation Mormon, said he already knew the church’s sacred text to be true in his heart.

“I didn’t need evidence since I already knew the Book of Mormon spiritually to be true,” Meldrum said. “How can it not then be that there’s also evidence that shows it to be true?”

Meldrum set out in 2003 to research the validity of the Book of Mormon through the study of DNA. Along the way, archaeological and genetic clues led him to the belief the “New Jerusalem” prophesied in the Book of Mormon as the “Promised Land” was in the heart of the U.S.

Read the rest of this story at mywesttexas.com