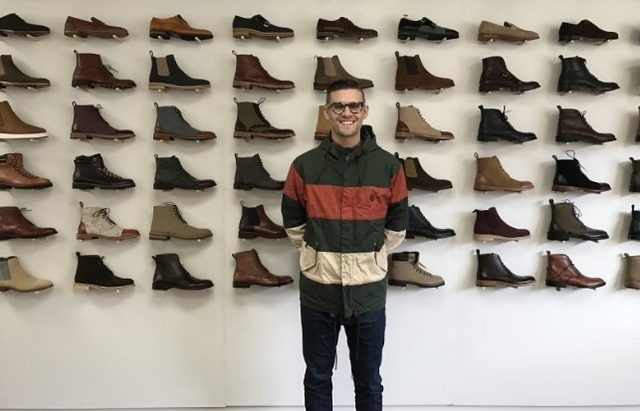 “The whole reason I started Taft was so that I could be with my family more than I would have been,” Kory Stevens said. “I haven’t missed anything in my children’s lives. They know me as well as they know their mom, and that has always been important to me.”

It was a typical Sunday family dinner when Kory Stevens’ phone began flooding with notifications.

He said a satisfied customer had posted a positive review about his company’s no-show socks on Reddit, and the post was going viral. Hundreds of thousands of people were flooding to the website, resulting in thousands of purchases.

“It was probably the most euphoric moment I’ve had, where I could see the potential and I finally saw, ‘Wow, people like what I’m doing and it’s worthwhile for me to continue,'” Stevens said.

Stevens, a BYU graduate, has experienced the ups and downs of life as he builds his multi-million dollar men’s shoe brand Taft and continues to be motivated for success.

“I have this quote on the wall right there,” Stevens said while pointing to a corner of his office. “It says ‘Life is tough, but so are you.'”