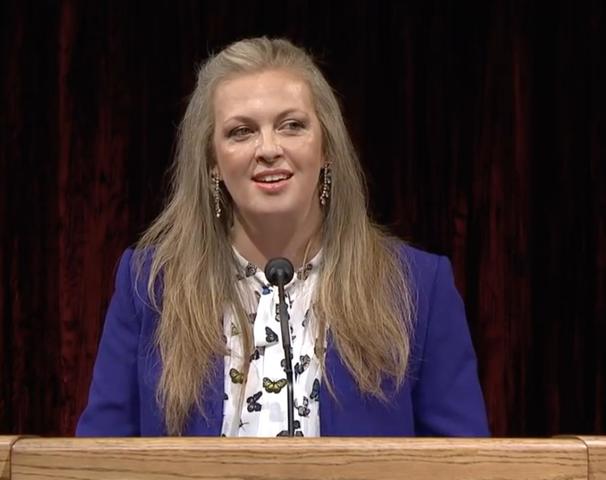 BYU Professor Speaks on Women and Prophesying, and Her Message Is Gaining Attention

"As His daughter, I hope to grow up to be just like my Heavenly Father," Eva Witesman says.

The devotional addresses housed on the BYU speeches website typically receive on average 1,000-2,000 page views in the first two weeks following the speech, but a BYU devotional given two weeks ago by Eva Witesman, an associate professor for the BYU Marriott School of Business, has been viewed nearly 14,500 times, according to the school's speeches department. It's page views make Witesman’s speech, “Women and Education: ‘A Future Only God Could See For You,’” the highest viewed BYU devotional on the BYU speeches website in the last month. Witesman’s name is not unusually recognizable, so what is it that she said that has attracted so much attention?

Witesman’s name is not unusually recognizable, so what is it that she said that has attracted so much attention?

“Your daughters shall prophesy!” Witesman said.