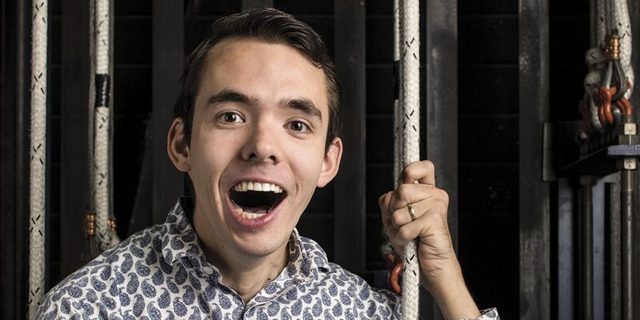 BYU Student with Cerebral Palsy Plans Epic Proposal: "It's Kind of Fun to Do the Impossible"

BYU student H. Andrew Justvig hasn't let anything—including cerebral palsy—stand in the way of his dreams. Watch his proposal to the love of his life and read of his incredible determination below.

► You'll also like: 7 LDS Marriage Proposals You Have to See to Believe

BYU student H. Andrew Justvig (’18) lives by the motto “It’s kind of fun to do the impossible.” Though he was diagnosed with cerebral palsy (CP) at birth and doctors told his parents he would never talk, walk, or complete an education, Justvig began proving them wrong from a young age. When he was 4 years old, his grandparents promised him a Disney movie if he could take a few steps. The bribes kept coming until Justvig had earned 100 movies. “With Andrew, we don’t say, ‘You can’t,’” says his mom, Stacey. “If he sets his mind to something, he’s going to do it.”

Read the rest of this story at magazine.byu.edu