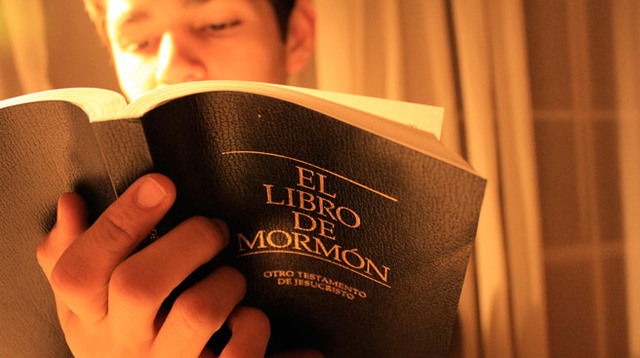 BYU Students Ask Atheists, Muslims to Read One Page of the Book of Mormon—Here's What Happened

What would happen if Christians, Atheists, Muslims, and others from different faith backgrounds read just one page of the Book of Mormon?

A group from the BYU AdLab recently found out.

► You'll also like: What Happened When 33 Mormons Held a Book of Mormon Flash Mob in the London Underground

By setting up displays in Sydney, London, Chicago, Las Vegas, and Cape Town, South Africa, AdLab faculty advisor Jeffrey Sheets and his team of students began their experiment by asking strangers to "read a single page from a Christian book and highlight mentions of deity," according to BYU Magazine.

The results? Collectively, those who read one of the 531 pages of the Book of Mormon believed one thing by the end of the experiment: this was a book that testified of Jesus Christ.

This included participants like Rafi, a Muslim from the United Kingdom.

"This is the first time that I have ever read a page of Christian scripture. I think the page was good,” he said, according to BYU Magazine. “It shows that God is a God of miracles, not a God of punishment. . . . I believe that God is that way. He wants to help us. Reading this book has helped me.”

To see how this experiment is impacting the Church's Missionary and Priesthood Departments, click here to read the full article from BYU Magazine.