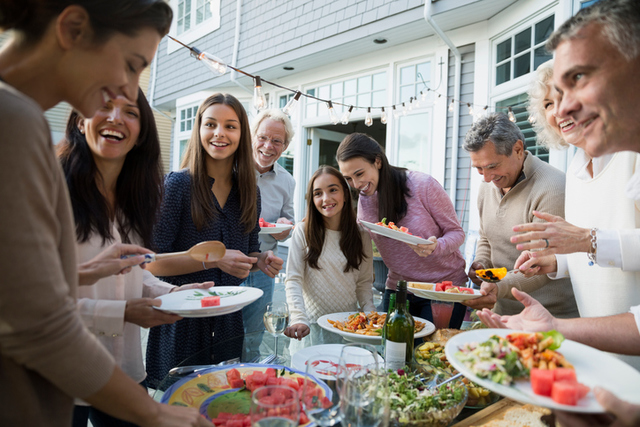 BYU Study Reveals the 4 Keys to Help Your Family Thrive

In a 10-year longitudinal study, BYU researchers searched for the answer to the age-old question: What makes families thrive?

Specifically, BYU researchers examined what makes a family flourish and how parents can help their children become more resilient through the Flourishing Families Project (FFP).

Randomly selecting 500 families who were not LDS and 200 families who were, researchers spent 10 years compiling questionnaire data and one year gathering adolescent physiology data. Some BYU undergraduate students also spent five years videotaping family interactions as part of the study.

By using this data and dividing the study into 10 "waves," or sections, researchers were able to find four key attributes that help children and families thrive.

There are three types of self-control: behavioral, emotional, and cognitive. As children age, their ability to improve their self-control in these areas increases, but the part of the brain where self-control stems from is not fully developed until a person reaches their mid-twenties, according to a study by the National Center for Biotechnology Information.

The FFP study found it's important for parents to then guide their children at an early age to increase their self-control in order for them to be more successful.

A study by Standford University, mentioned by President Uchtdorf in his April 2012 priesthood session talk "Continue in Patience," demonstrated the importance of self-control.

When a group of children were presented with a marshmallow and told that if they waited 15 minutes without eating the marshmallow they would receive another, some could not wait and ate their marshmallow before the 15 minutes was up. But the study found that those who waited tended to have higher grades and higher-paying jobs than those who didn't.

Self-esteem is important at any age, but the FFP found that self-esteem can take a hit during a child's early teens.

To help children improve their self-esteem, parents can guide children to make their own decisions and help them learn from their mistakes.

Offering plenty of praise for good behavior and asking teens for their opinion in decisions can also help raise their self-esteem, according to healthychildren.org.

When parents model good values like honesty and kindness for children to learn at an early age, it can have a big impact when they are older. That's because children begin to be set in their values, good or bad, at about 10–14 years old, says Laura Walker, the BYU associate professor who led the project.

It then becomes important for parents to be clear and consistent in promoting good values while their children are young so their children develop and keep those values when they are older.

The FFP study found it's important parents promote empathy in their children so that they can maintain and develop better relationships with others.

However, the FFP research showed that girls are more likely to have greater empathy than boys, though it is important to cultivate that trait in both genders.

To help their children regardless of gender learn empathy, Walker suggested that parents model empathy in their own relationships and take the time to ask how their children feel and let them know that they are loved.

The FFP found that by promoting these four attributes in their homes, their children and teens were able to exhibit competence, confidence, connection, character, and caring at greater capacities to create stronger families that thrived.