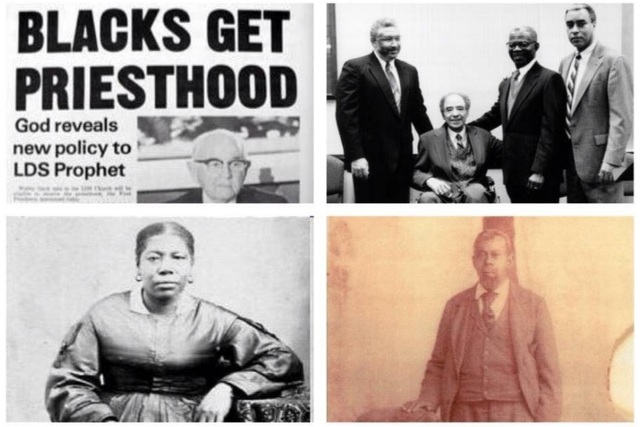 "The Church of Jesus Christ of Latter-day Saints embraces the universal human family. Latter-day Saint scripture and teachings affirm that God loves all of His children and makes salvation available to all. God created the many diverse races and ethnicities and esteems them all equally," reads the opening to the Church's Gospel Topics Essay "Race and the Priesthood."

The fullness of this truth was realized in June 1978, when Spencer W. Kimball received revelation that the prophecies and promises of past prophets like Brigham Young that black members would receive priesthood and temple blessings should be fulfilled. On June 8, the First Presidency announced, “He has heard our prayers, and by revelation has confirmed that the long-promised day has come,” according to LDS.org.

But the Sistas in Zion, two black members who are proud of their Mormon faith, recently posted on Facebook reminding us that so much more than the priesthood was restored on this joyous day:

"This was the headline 38 years ago today and what a joyous day for Saints all over the world! Though the headline reads "Blacks Get Priesthood" the rejoicing was not solely for priesthood.

This marked the end of The Church of Jesus Christ of Latter-day Saints denying eternal blessings based on the color of one's skin and being of African descent. It's often called the "priesthood ban" but this policy made it so black women and men could not have their temple endowments, black families could not be sealed, black boys were not being allowed scouting positions in LDS Boy Scout troops, black women and men could not serve missions, in some areas black families were even asked not to attend Sunday services.

Much more than the priesthood was restored on June 8, 1978. We commemorate this day for not only what it means to us, but also for what it means for the many righteous Saints who walked before us, who never denied their testimonies even when they were denied the blessings of exaltation. What an amazing legacy they leave all of us, we don't all know exactly what they faced, but we all know what it's like to have our faith tried. So we thank them for their example and let us all thank God for his goodness. OH HAPPY DAY!