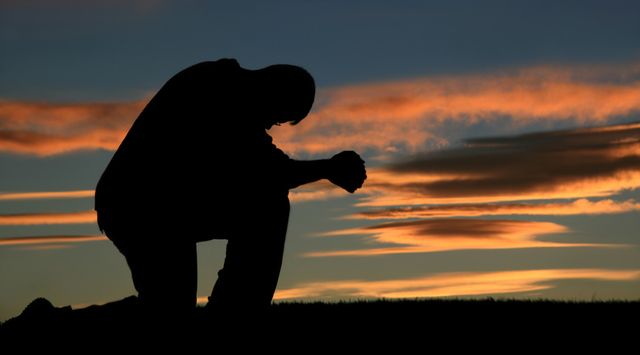 Book of Mormon Lesson 45: "Never Has Man Believed in Me as Thou Hast"

QUOTE OF THE WEEK: The book of Ether is a 15-chapter abridgment of the 24 plates found by the people of Limhi in the days of King Mosiah. It gives an outline history of a people who were led to this continent from the Tower of Babel and became a great nation. These people, called Jaredites, had a national history of possibly sixteen centuries or more. The Tower of Babel record is the factual basis of the book of Ether. The Lord did not confound the Jaredite language, but guided his people and made of them a great nation. Ether, the last great prophet and historian of this people, gives his own genealogy, covering twenty-nine generations or more back to Jared, who lived at the time of the Tower of Babel episode (FARMS, Journal of Book of Mormon Studies, Vol.4, Number 2, p.123).

INTRODUCTION: The positioning and content of the Book of Ether ought to make a student of the Book of Mormon ask some questions. Since the events recorded happened long before Lehi left Jerusalem, why is Ether located at the end of the book, just after the destruction of the Nephite nation? And why include it in the first place? What purpose did the Lord have when he inspired his prophets to abridge the 24 gold plates and include that abridgement here? What are we supposed to learn from it all? As you read and study this record ask yourself these questions and watch for the answers.

1. THE LORD GRANTS THE REQUESTS OF THE BROTHER OF JARED

I wrote a book on prayer several years ago. As I wrote, I reflected on the scriptural personalities that seemed to pray with unusual success. As I noted the names and experiences of several inspired men, I became aware that the Brother of Jared was a remarkable and unique example of a man who knew how to pray and how to get answers. As I reflected on him and on the responses of the Lord to his petitions, I began to wonder just how many times prayer was mentioned in his story and in the book of Ether.

I opened my scriptural info base, specified Ether, and typed in pray with an asterisk in order to have a look at all the related words. I was astonished to discover that a form of the word pray appears exactly one time in the entire book of Ether, and it is used by Moroni in an editorial comment in Ether 12:36. No other occurrence of any form of the word appears anywhere else in the book. My first suspicion was that this might be a result of the editor, Moroni, and his inclination to use other words, since I knew that a lot of what I would call “praying” was going on in Ether. So I checked Mormon 8 and 9 and the book of Moroni. In Mormon 8 and 9, some form of the word pray appears 4 times; in Moroni, 13 times.

And so I took a careful look at the early chapters of Ether. I found that the brother of Jared cried unto the Lord, and inquired of the Lord, and called upon the Lord. But he never “prayed.”

What that means, I am not sure, except that it suggests to me that this man who got so many spectacular answers wasn’t just saying prayers. He was communicating. He was conversing:

It is the first principle of the Gospel to know for a certainty the Character of God, and to know that we may converse with him as one man converses with another . . . (Teachings of the Prophet Joseph Smith, Section Six 1843:44, p.345).

At the time of the confounding of languages and the dispersion of the people, Jared felt an inclination to seek divine intervention. But he sought it by asking his brother to pray (Ether 1:34). Do you wonder, as I do, what must have happened in this family to cause Jared to have such faith in his brother?

Mahonri prayed that his language and the language of his brother would not be confounded, and the Lord granted that request.

Next, he prayed (at his brother’s request again) that the language of their friends would not be confounded, and it was not (Ether 1:36, 37).

Next Jared suggested that his brother ask the Lord for a special land in which they might dwell. The Lord gave them America (Ether 1:38). Why was the Lord willing to respond to the cries of the brother of Jared?

And thus I will do unto thee because this long time ye have cried unto me (Ether 1:43).

2. THE JAREDITES BEGIN THEIR JOURNEY TO THE PROMISED LAND

I am intrigued by the chastening that the Lord gave the brother of Jared on the seashore, “because he remembered not to call upon the name of the Lord” (Ether 2:15). The context of the chastening seems to imply that the Jaredites had not pursued their journey to the promised land as they had been commanded. They had been in tents on the seashore for four years (see Ether 2:13). Could it be that the Brother of Jared has stopped seeking direction? That he was content to sit on the beach and enjoy the warm breezes and the good fishing and abundant feed for the livestock? In the absence of great problems did he stop saying great prayers? This is a trap in which the best of us can get caught.

Mahonri Moriancumer (the brother of Jared), following instructions received from the Lord, built his eight barges—airtight over-and-underwater craft. But after a brief inspection, he knew he had problems—three of them:

So he took his problems to the Lord:

And it came to pass that the brother of Jared cried unto the Lord, saying: O Lord, I have performed the work which thou hast commanded me, and I have made the barges according as thou hast directed me. And behold, O Lord, in them there is no light; whither shall we steer? And also we shall perish, for in them we cannot breathe, save it is the air which is in them; therefore we shall perish (Ether 2:18, 19).

The Lord solved two of the problems, He promised to do the steering himself:

For behold, ye shall be as a whale in the midst of the sea; for the mountain waves shall dash upon you. Nevertheless, I will bring you up again out of the depths of the sea; for the winds have gone forth out of my mouth, and also the rains and the floods have I sent forth. And behold, I prepare you against these things; for ye cannot cross this great deep save I prepare you against the waves of the sea, and the winds which have gone forth, and the floods which shall come (Ether 3:24,25).

And he explained how to solve the air problem:

And the Lord said unto the brother of Jared: Behold, thou shalt make a hole in the top, and also in the bottom; and when thou shalt suffer for air thou shalt unstop the hole and receive air. And if it be so that the water come in upon thee, behold, ye shall stop the hole, that ye may not perish in the flood (Ether 2:20).

But something different happened with the question about darkness:

And the Lord said unto the brother of Jared: What will ye that I should do that ye may have light in your vessels? For behold, ye cannot have windows, for they will be dashed in pieces; neither shall ye take fire with you, for ye shall not go by the light of fire (Ether 2:23).

The message seems to be this: Why don’t you work on this problem yourself and get back to me. It is interesting to notice what the brother of Jared does not do. He does not run out on the beach, grab 16 stones, and ask the Lord to touch them. Instead, he goes to Mount Shelem (a very high mountain, see Ether 3:1), finds the proper kind of rock, and moltens from it 16 small, white, and clear stones. But he does not yet ask for the help of the Lord. Next, he climbs with his rocks to the top of this exceedingly high mountain (still Ether 3:1). Then, having done all he can do, he presents himself and his stones before the Lord and asks him to touch them (Ether 3:2-4).

There is a lesson here. Sometimes as we pray, the Lord will help us. He will reveal unto us workable solutions. But other times he will say (as it were) “I’m going to help you grow. You work on this one yourself.”

Our challenges may be physical spiritual, economic, or emotional, but if we will treat them as opportunities and stepping stones in our progress, rather than barriers and stumbling blocks, our lives and growth will be wonderful. I have learned that between challenges it is very restful but that any real growth I have ever enjoyed has always come with a challenge (“Nobody Said That It Would Be Easy:” Elder John B. Dickson, C.R., October 1992).

When the finger of the Lord reached forth to touch the stones, the brother of Jared saw that finger and fell to the earth with fear. Even the Lord seemed surprised that he saw what he saw. Man had never exhibited faith like that before (Ether 3:9). The question I have asked is this one: Where did this remarkable faith come from? I suspect that at least in part in came as the brother of Jared labored to solve his own problems.

As we discussed in lesson 10, the Lord now showed the brother of Jared all the inhabitants of the earth and all things from the beginning to the end of the earth (3:25, 26; see also 4:4).

4. MORONI SEALS UP THE WRITINGS OF THE BROTHER OF JARED

Moroni wrote on the plates the things that the brother of Jared saw:

He then sealed them up, until the day when men “shall exercise faith in me, saith the Lord, even as the brother of Jared” (Ether 4:7).

5. THE JAREDITES TRAVEL TO THE PROMISED LAND

The journey to the promised land required 344 days (6:11). Embarking may have required one of the great acts of faith in all of the scriptures.

Imagine setting forth into the sea in a windowless boat, with nothing to guide you but your faith in God. Imagine closing the doors of those barges and placing yourselves into the care of the Lord.

During the crossing they were often buried by the waves and tempests of the deep (6:3). How did they spend their time? Giving thanks:

Finally, they arrived at the promised land (see Ether 6:12), and then gave thanks again.

CONCLUSION: The combination of faith and prayer can work miracles. No account in the scriptures teaches this principle with more clarity than the first chapters of Ether. The brother of Jared knew how to get answers, and he had faith enough to make it happen. Let him teach you what it means to cry unto the Lord.