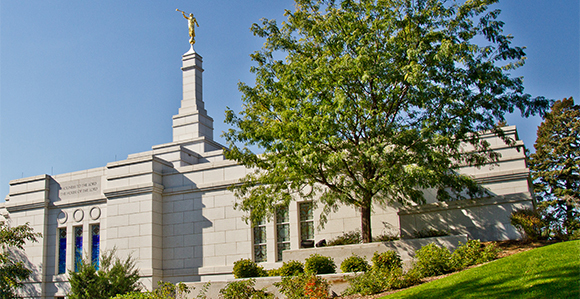 Brad Wilcox: 5 Things the Temple Should Mean to Us

MR says: What does the temple mean to you? How can you see this beautiful house of God in a new way?

In sharing Matthew 8:20, which reads, “The foxes have holes, and the birds of the air have nests; but the Son of man hath not where to lay his head,” Brad R. Wilcox explained that because the temple had been desecrated, there was no “home,” or house of the Lord.

However, if Jesus were to come today, Brother Wilcox continued, “He’d say, ‘Foxes have holes, birds have nests, and I do have a home. In fact, I’ve got about 150 all over the world.’”

In his class titled “You’re Not Alone: Come to the House of the Lord,” during BYU Campus Education Week on August 21, Brother Wilcox, an associate professor at Brigham Young University, shared the “Five S’s” of the temple for Latter-day Saints to remember about the house of the Lord.

The first “S” of the temple is sanctuary.