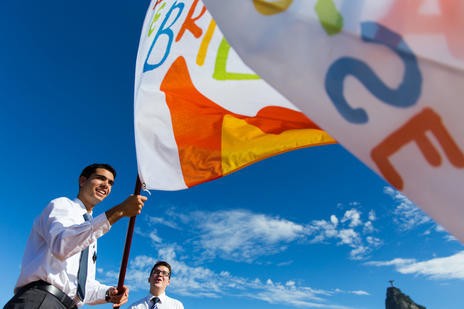 On Saturday, July 30, LDS youth in Brazil participated in a special devotional in preparation for the world convening in their country for the XXXI Olympiad.

Just as the Olympic torch made its Brazilian journey to eventually light the cauldron in Maracanã Stadium in Rio de Janeiro for the XXXI Olympiad, LDS youth in that country participated in their own Olympic relay.

The devotional was held in the hills high above the city, which afforded a panoramic view of the cityscape including views of Guanabara Bay, Sugarloaf Mountain, Tijuca Forest and the iconic Christ the Redeemer statue atop the Corcovado mountain.