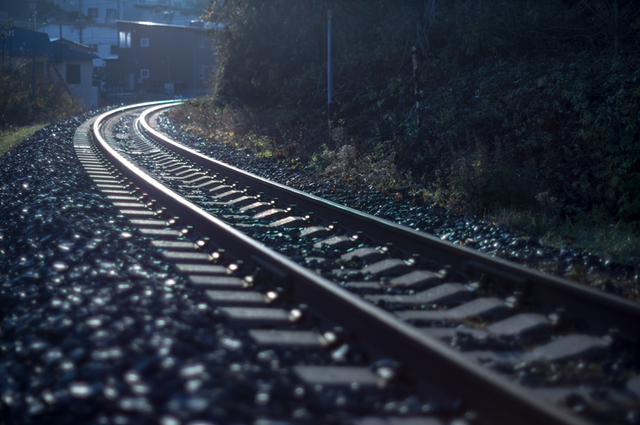 Why an Award-Winning Historian Says Brigham Young Would Have Made a Great U.S. President

In today’s world, the internet is a vital invention that has completely changed the face of communication and commerce—it’s hard to imagine the world without it. But the completion of the transcontinental railroad in the west desert of Utah had a similarly revolutionary effect on 1869 commerce and communication, dropping travel costs from $1,000 to $65, eliminating the need for dangerous maritime passages via Panama and Cape Horn, and increasing wealth and resources. It was celebrated in every major city in America: the Liberty Bell pealed in Philadelphia, 100 cannons were fired in New York City, and a parade three miles long wound through Chicago. Even the former Confederate States of America joined in the celebration of the East joining the West.

But what is not generally known is the crucial role Brigham Young and the Latter-day Saint settlers of Utah played in this monumental task. In fact, when award-winning historian Stephen Ambrose was asked what his biggest surprise was while researching the building of the transcontinental railroad, he replied without hesitation, “That’s easy—Brigham Young.”

When pressed for more detail, he added, “I had no idea what an efficient and dynamic leader Brigham Young was. In my opinion, he could have been a successful leader, even president of the United States. The way he organized his people to help finish the Union Pacific Railroad was remarkable."

Many in the political establishment assumed Brigham Young would oppose a railroad through the Utah Territory since it would open the land to outsiders. Coming just a few years after the “Utah War” when General Albert Sidney Johnston had moved against the Mormons with a large contingent of the U.S. Army to impose order on the territory, it’s no wonder President Young was suspicious. But by 1868, when the Union Pacific Railroad was approaching the eastern borders of the Utah territory and the Central Pacific was making its way east from Nevada, rank-and-file Mormons were conflicted. On the one hand they wished to keep their relative isolation, but on the other hand, in order to prosper, they needed trade with the outside world.

Ultimately, however, Brigham Young was enthusiastic about the railroad connecting Utah to the rest of the world and even purchased shares of Union Pacific stock when it was first made available to the public. He had several motives for this support. First, it would make it easier for Latter-day Saint immigrants from England to make their way to Utah, incurring a much lower cost than traveling by wagon train or handcart.

Second, it would open markets in the eastern states to Utah farm produce while allowing easier transport of finished goods into the territory. Finally, even in those early days, President Young recognized that tourism to the magnificent Wasatch Mountains and the natural wonder of the Great Salt Lake would be a great economic boon to the area. The Latter-day Saints needed cash and trade in their growing communities.

Brigham’s early efforts to influence the railroad, however, had little effect until the rails reached Evanston, Wyoming, on the Utah border. At this point, the Union Pacific (building westward) and the Central Pacific (building eastward) were in an all-out construction war with each other. Both companies were anxious to build track as far west or east as possible before Congress declared the final meeting point because each mile of track laid resulted in a direct cash payment to the company, as well as the grant of substantial amounts of real estate.

When the competing railroads reached the borders of Utah, though, they sorely needed qualified workers to lay tracks. Existing workers were increasingly abandoning the project to return home since Utah was about as far from civilization as anyone could get in 1868, and replacements were hard to come by.

Both railroad companies tried to strike a deal with the Latter-day Saints for labor. But after Thomas Durant of the Union Pacific sent a telegram to Brigham Young in May 1868, proposing a contract for the Saints to complete grading work from the Wasatch Mountains to the valley floor of the Great Salt Lake and allowing President Young to name his price, that was that.

Young replied immediately in the affirmative, setting terms which included free rail transportation for any Latter-day Saint emigrants en route from England who were willing to work on the railroad project. Durant accepted, and Brigham immediately sent out a call to area congregations to send as many able-bodied men as possible to work on the grading and tunneling projects. Within a month, work was underway in Echo Canyon, to the east of Ogden, Utah.

But in spite of Durant’s generous offer, the Prophet ended up personally financing the work while they waited for their cash payments to arrive from  New York.    The railroad company was pretty good about getting supplies and equipment to the more-than-3,000-man workforce, but it was always slow to send money for payroll.

And while many of Brigham’s critics thought he intended to exploit his own people by signing a profitable contract and then hiring his religious followers for a pittance, he actually tapped out his personal finances to make payments to the laborers when reimbursement from the Union Pacific didn’t arrive. In fact, at one point, he had advanced more than $130,000 of his personal funds even after the railroad sent $100,000 in payment.

Still, the Saints worked around the clock on both the grading and tunneling through the hard granite mountains. They burned great piles of sagebrush at night to provide light to the workers so they could keep going. These hardworking Saints ended up providing some of the best grading, tunneling, and roadbed preparation in the entire system.

At this point, the Central Pacific Railroad was desperate. Now nearly 700 miles east of San Francisco, it was hard to get workers to lay the track in the high Utah desert and salt flats. California Governor Leland Stanford pleaded with the Utah Saints for additional workers to supplement the Chinese workers that had blasted the many tunnels through the Sierra-Nevada Mountains.

Finally, President Young sent word to all the bishops, asking for more men to grade across the desert north of the Great Salt Lake toward Ogden. The work was grueling and relentless, but men who were still unemployed relished the chance to earn an income—especially since their prophet-leader promised them it would be good for Utah and the Church in the long run.

Even as the arduous work drew to its finish, the two railroads continued competing. If it hadn’t been so expensive, it would have almost been humorous. For example, consider the folly that even after the two railroad companies met in the desert west of Ogden, they kept grading past each other for many miles, each billing the government for duplicate track. Congress finally stepped in and declared Promontory Point as the official termination point for each line.

On May 10, 1869, an official ceremony was held at Promontory Summit, where California Governor Leland Stanford swung a pick to drive the golden spike into the last rail that joined the two lines. The country erupted in jubilation as America was finally united.

The rest is history. Brigham Young never was fully reimbursed for the money he paid out to workers. Instead, he accepted track and rolling equipment to build an extra rail line from Ogden to Salt Lake City. The LDS Church was also given a large grant of stock in the Union Pacific, which it held well into the 20th century. Virtually all the positive predictions President Young made in connection with the railroad came true: Utah was lifted out of an economic depression and the railroad ended the Saints’ isolation. Not only that, but the country was also reunited after the devastating division and bitterness of the Civil War. And it was in large part thanks to Brigham Young and the Latter-day Saints.

Jerry Borrowman is an award-winning author of 15 published books, including How 4 Feet of Plywood Saved the Grand Canyon, from which this story is extracted. Now available at Seagull Book, Deseret Book stores and deseretbook.com.