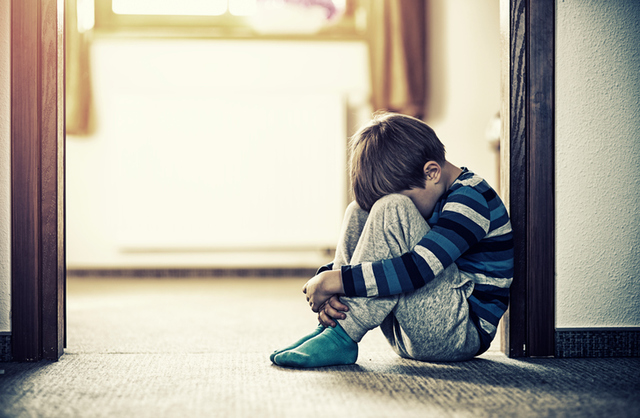 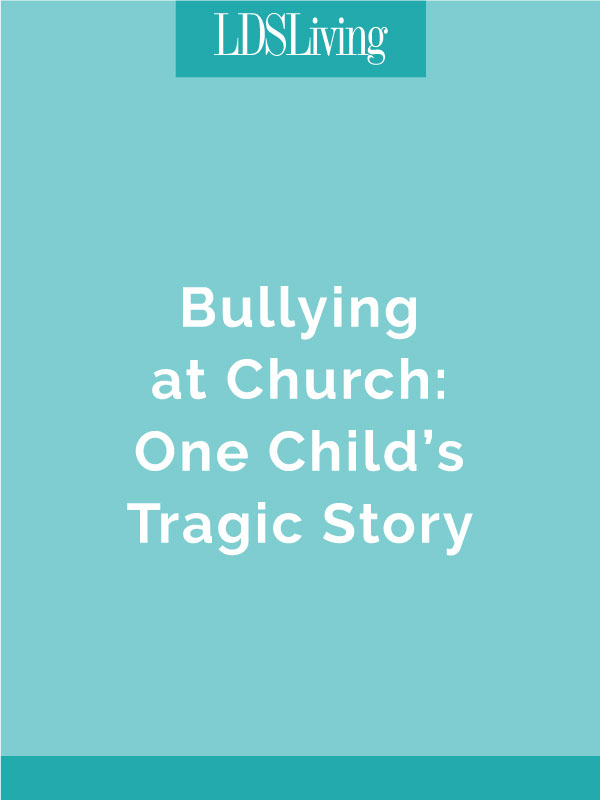 Disclaimer: Jacob's story is told from the perspective of his family. The details of what happened were constructed from chat logs, interviews his parents conducted with involved parties after his death, and Jacob's suicide notes.

Experts have said that bullies sometimes don't realize they're bullying, and the definition of bullying comes from how the recipient feels about the behavior. Jacob's suicide notes clearly showed that he felt he was bullied. Some readers may find the details of his story upsetting.

*Names have been changed to protect the identities of those involved.

Jacob's family. Jacob stands next to his mother.

It’s been three years since President Uchtdorf delivered his now-iconic address entreating Church members that, “When it comes to hating, gossiping, ignoring, ridiculing, holding grudges, or wanting to cause harm, please apply the following: Stop it!”

But it’s only been a year since bullying at church pushed a teachers quorum member, Jacob, to the edge.

Jacob was a sweet boy of 13 when he started at a new school. He, along with several of his siblings, began attending while the family worked to find a home closer to the school. As they had planned, the Johnson family finally found a home near enough to Jacob's school that he could walk there. The house was within walking distance of their ward’s building, too.

But about the time they moved to their closer house, the trouble began.

“They were doing a project on different forms of government,” recalls Jacob's father, Greg. “My son’s group was chosen to do a kingdom. So they drew lots, and he ended up being chosen as king of the kingdom.” One of the boys was unhappy with that decision and started acting aggressively towards Jacob. Thankfully, the project was short-lived, and the Johnson hoped the problem would be, too.

Because “sure enough,” Greg says, “the kid that he had a problem with at school was in our ward.”

At first, things weren’t so bad. “Jacob was okay initially because he was a deacon when we first moved into that ward,” Greg explains. “But as soon as he turned 14, he went to the teachers quorum.” The same boy was a teacher in that ward.

“From that point on, he was hazed,” Greg says. Jacob was given every assignment—something he was told happened because of the previous problem at school. He passed the sacrament each week, collected fast offerings, and performed other duties the quorum should have shared equally.

“I just didn’t see the seriousness of that,” Greg regretfully recalls. “I thought, well, you know, ‘It’s passing the sacrament. It’s just collecting fast offerings.’” Unfortunately, that was just the beginning, as the Johnson's later learned.

Despite the troubles he was having at church, Jacob managed to make a few non-member friends in his neighborhood. Early in his time in the teachers quorum, he took two of these friends with him to Scouts. “I remember that day, that moment so clearly,” Greg recalls. “They were laughing, driving off on their bikes together, riding to Scouts. It was a kind of a laughing moment, a joyous moment.”

As soon as they arrived, Jacob's parents learned later, the same boy started mocking not only Jacob but also the two friends with him with things like ”What, these are your friends?” It happened every time the boys attended Scouts together. The Johnson's also learned that boys from Scouts started calling one of Jacob's guests names like “gay” and “faggot” at school because he was smaller and spoke with a slight lisp. Once, Jacob informed his father when he returned home from Scouts that his friend "hid behind me when he saw some of the boys at Scouts.” It wasn’t long thereafter that Jacob was also called “gay” and “faggot” at his school, even though Jacob and his friend did not attend the same school; Scouts was the only connection.

“It got to the point where he’d gotten bullied so much because of these two boys, he didn’t want to be seen with them,” Greg explains. In an effort to stop the bullying, Jacob broke ties with the boy who’d brought more teasing on him, and Jacob was left friendless. “He started not wanting to go to Scouts anymore,” says Jacob's mother, Terry. Unaware of the depth of the problem, Greg and Terry continued to encourage Jacob to attend anyway.

But soon, he stopped wanting to go to church altogether.

“I remember watching him sit in the back in priesthood opening exercises by himself,” Greg recalls. “None of his peers wanted any part of him.”

At this same time, Jacob looked for solace and acceptance online. Instead, he found more hate. In a chat room on a children’s website, he also found his faith challenged, in particular by an adult monitor who had made it his mission to talk the children he monitored out of their belief in God.

“Once he turned 14,” Greg says, “once he took those boys to church, he started cracking. That’s when we can follow it back, when he started being treated really badly by the kids at church.”

“And right after he took [the] two boys to Scouts, a couple weeks later, this [monitor] had broken him, this atheist adult,” Greg reports. “Jacob said in his chats, ‘What has God done for me?’ My son broke.”

The family had only moved to the ward in January. Jacob died from suicide in June.

“Following my son’s death, I didn’t sleep for two weeks straight,” Greg says. “I got an hour of sleep a day, maybe. It was a rough time.”

“You can’t assume church is safe,” the Johnsons explain. “Sometimes it’s worse than a local school because at school, the bully will get suspended. It’s more of a clinical, professional situation. They’ll send a bully home. At church, there is no guideline that a bishop can follow. Nobody gets sent home, nobody gets corrected, and in many cases, leaders are too afraid to offend someone.”

Now an advocate for bullied LDS children, the Johnsons are proposing a new program for wards to adopt that they believe can save children like Jacob. They call it the “Keeper’s Program,” named after the famous Biblical phrase, “Am I my brother’s keeper?”

Similar to home and visit teaching, the idea is to have each young man and young woman assigned to look after another member of their class. When new members join, or are reactivated, the active members all fellowship the newcomer until they’ve had time to adjust and get to know all the members of the class or quorum. Then, they can become part of the keeper’s circle.

Swapping who’s responsible for whom on a regular basis, every six to twelve months, allows the youth to learn to love and serve every member of their class.

“You have one person you’re focused on, and your job is three things for that person: number one, you’re going to call them and invite them to activities; number two, when you’re there, you’re going to make sure they’re included; number three, if they see that person being bullied, they’re going to help them and take it to leadership because bullying often doesn’t occur in front of leaders.” When the kids are watching out for each other, there’s a better chance that bullying like what Jacob experienced will be noticed, reported, and resolved.

Greg used concepts found in the Keeper’s Program during his many years serving in the Young Men’s program, to great effect.

“I was a Scout leader, and I saw a boy in exactly my son’s situation,” Greg recounts. “He was out in the parking lot on his skateboard, and he didn’t want to come in anymore. I could see his countenance was low.” When this boy didn’t show up to Scouts one day, Greg sat down with his troop. “I pointed to each one of them and said, ‘You are this boy’s salvation. I can’t do it. I’m the adult leader here. I can’t reach him in the way only you can reach him. I want you to start to say hello to him. I’m not saying be best buddies. But welcome him a little bit. When he’s out there by himself, go get him. Welcome him, include him a little bit. Let’s see what happens.’

“Sure enough, with a little bit of guidance to these boys, they did it. They did welcome him in. His countenance started to change. He started to come back. He just got off his mission a month ago. But if it wasn’t for that moment, where would he be today? I don’t know.”

“We should address bullying with the same level of seriousness as drugs or immorality,” the Johnsons say. “It’s serious. In some ways, it’s even more serious.”

Speaking of his own experience, Greg shares, “I look at my own youth, the ward I grew up in, and it was out of control. My brother said he never wanted to go back to church because he was bullied out of the Church. Truthfully, I barely made it on my mission.”

-->Related Reading - When Bullying Happens on Missions: What You Can Do About It

“Bullying is so damaging,” Greg says. “Not only to the bully, because they’re not learning spirituality, but also to the child. So not only do you lose the child being bullied, but you also lose the one doing the bullying. They’re both lost.”

And in their case, the Johnsons reflect, “To lose a son to this…. It’s just devastating.”

To learn more about what you can do to resolve issues of bullying at church, please read The Sad Truth About Bullying at Church.