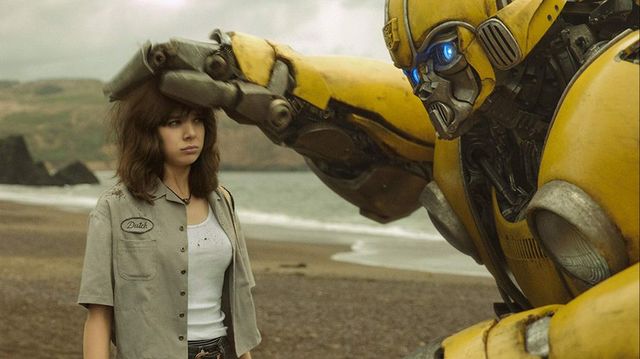 CTR Movies Review: What Parents Should Know About "Bumblebee" Before Seeing It with Their Family

CTR Movies reviews Hollywood films from a Latter-day Saint perspective. It was founded by Jonathan Decker, author of 250 Great Movies for Latter-day Families. For daily news, trailers, and clean entertainment follow us on Facebook.

During the final battles between the Autobots and the Decepticons on his homeworld of Cybertron, Bumblebee flees to Earth on a mission to secure our world as a rendezvous point for his Autobot comrades.

Evading and battling two other Decepticon agents seeking the location of Optimus Prime, Bumblebee fights to keep his secrets safe while eluding the grip of  “Sector Seven” Agent Burns (John Cena), who is obsessed with finding and eliminating Bumblebee. But while Bumblebee is struggling to keep a low profile and stay hidden, he is discovered and befriended by Charlie (Hailee Steinfeld), a rebellious 17-year-old dealing with domestic adjustments of her own.

It’s a series of action and humor as we follow Bumblebee adapting to this new world and new friendships until he can be reunited with his team.

With Michael Bay vacating the director’s chair and making room for Travis Knight, we get a beautiful and refreshing take on this beloved franchise. In this combination reboot/prequel, the audience receives the Transformers film that we’ve been craving from the beginning. The opening sequence on Cybertron delivers enough excitement and fanservice to justify the price of admission alone!

The main gripe I had was that the time budget wasn’t always best spent as this movie didn't establish some characters that needed to be, particularly Johns Cena’s character. He was an absolutely nonconsequential character and if you removed him completely it would not change the plot one bit. This was a waste of money from casting and a waste of his talent.

There are several scenes with guys with their shirts off. Some revealing clothes on some of the girls including midriff showing and high shorts. There are scenes of verbal bullying of Charlie by the “popular girls.” The main characters “toilet papering” a house and inadvertently destroying their car with no remorse. Characters also use mild profanity.

Other Things to Consider

There are a few brutal deaths of a couple of the Transformers as well as some human beings.

Charlie’s boss at encourages her to steal product from another restaurant.

There is a sequence showing Charlie’s mother and stepfather being appropriately romantic and her dealing with that. This could be awkward for some viewers dealing with similar situations.

Bravery: Bumblebee clearly weaker and outnumbered by his foe but still fights for what he knows is right, even in risking his own life to protect his friends.

“. . . decisions are constantly before us which can determine our destiny. In order for us to make the correct decisions, courage is needed—the courage to say no when we should, the courage to say yes when that is appropriate, the courage to do the right thing because it is right” (President Thomas S. Monson, “Be Strong and of a Good Courage,” April 2014).

Vengeance: Agent Burns seeks revenge on Bumblebee early in the movie when his men are killed by accident in the wake of the destruction of Decepticons battling Bumblebee. This leads Agent Burns and “Sector Seven” to affiliate with the Decepticons in hunting down Bumblebee. He’s deceived because of his convictions that Bumblebee is to blame for the death of his men until later he realizes who the real enemies were.

“Let every man be swift to hear, slow to speak, slow to wrath: For the wrath of man worketh not the righteousness of God” (James 1:19–20).

Step/Blended Families: There is a scene with Charlie outbursting about not being able to get over the loss of her father. She and her stepfather do become closer throughout the movie, but it’s a difficult balance for both of them as they are struggling to adapt to the family situation they find themselves in.

“Following the marriage ceremony, the hoped-for “happily ever after” can come to a blended family only through a lot of hard work, prayer, patience, and persistence. All families face challenges, but certain challenges can be exacerbated in blended families. Regardless of how compatible two newlyweds may be, they need to be prepared to handle the trials that will come to their blended family” (Elder Robert E. Wells, “Uniting Blended Families,” August 1997). 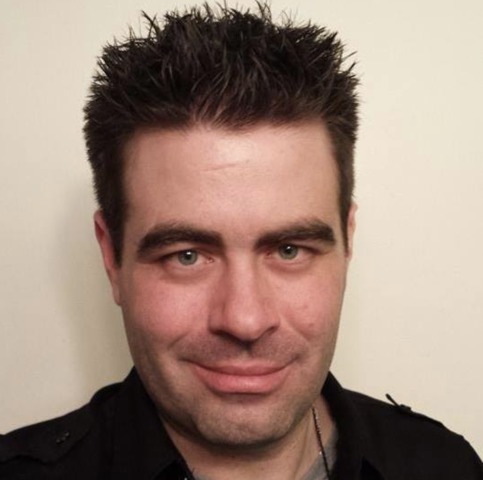 Tim Wilde is currently studying film at Salt Lake Community College. As a single father who failed to bequeath his love of movies to his children, he has taken to the internet as co-creator and co-host of Saints on Cinema, a YouTube channel devoted to discussing and reviewing film from the perspective of a couple of awesome members of The Church of Jesus Christ of Latter-day Saints and other various guests.