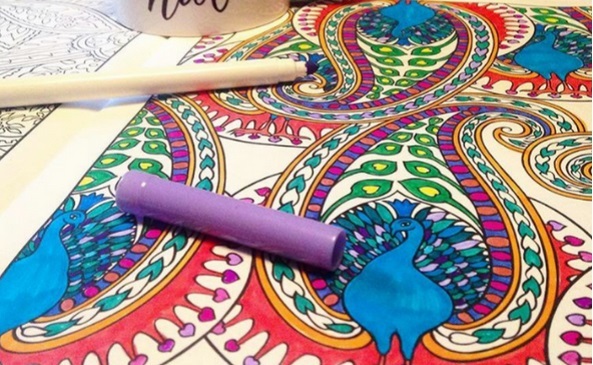 MR says: Sure, coloring is a great way to keep kids quiet during church meetings, but can it really help increase your spirituality, whether you're five or 50?

While adult coloring is mostly being marketed as a balm for the stress of modern life, many fans . . . also describe it in spiritual terms.

Which raises the obvious question: Can coloring seriously be considered a spiritual practice?

Some may scoff, but “it can become more than just coloring, if you want it to,” said Sybil MacBeth, author of the 2007 book “Praying in Color.”

In that book and a handful of spinoffs, MacBeth shares techniques to “incorporate the intention of prayer into coloring,” by doodling names of people or events, and intercessory requests such as healing and peace.

MacBeth, a “dancer, doodler and former community college math professor” married to a retired Episcopal priest, believes coloring and doodling can be powerful prayer practices — a revelation she stumbled upon by accident.

During a difficult time when several members of her family had cancer, “my prayers felt pretty puny,” she recalled. But one day while sitting on her porch doodling, “I realized after a while that I was praying.”