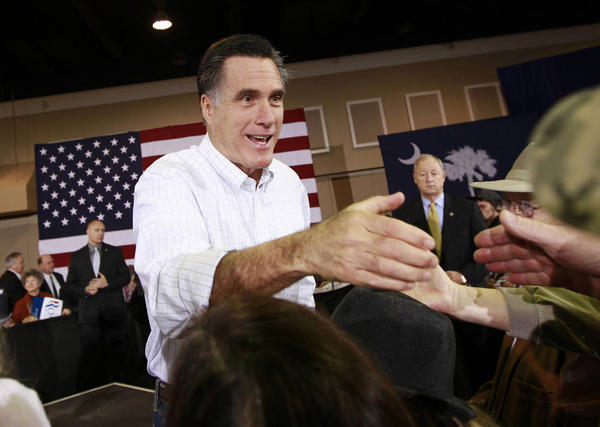 Can Mormons cheer for Mitt Romney without voting for him?

This year has brought some lively discussions around the dinner table. A lot of them revolve around, “Hey, Mom, is that Mormon guy still winning?”

Of course, they’re talking about Mitt Romney, and our answer is usually, "Well, sort of.” Which always leads to a discussion about politics in general. We are a politically divided family. My 9-year-old is firmly aligned with the Democrats. (“The Republicans remind me of old Mr. Potter from ‘It’s a Wonderful Life,’” he announced the other day.) My 8-year-old is a Republican. The 6-year-old is undecided and the 2-year-old isn’t potty trained, so he isn’t allowed to vote in the Lewis family election.

My husband and I are… Well, I’m not telling, but I will say this: I’m not a Romney supporter. I am a Romney fan, in the way we Mormons like to see those of our faith win. We are Team Mormon. Go Jimmer Fredette! Go David Archuleta! Go Dawn Meehan on “Survivor!” Go Mitt Romney!